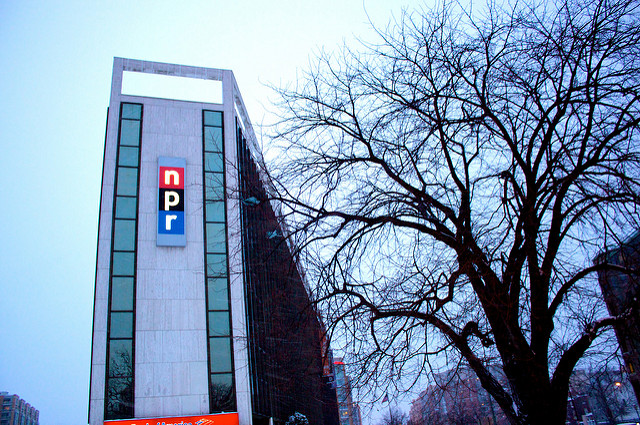 In the 44-minute video below, Liley discusses the details of a potential $5 million gift with O'Keefe operative Simon Templar, who claims to represent a fake Muslim charity. While much of the video is rather dry, Liley does discuss how NPR could try to keep the donation anonymous amid government audits:

"If you were concerned in any way about that, that's one reason that you may want to be an anonymous donor. And we would certainly, if that was your interest, want to shield you from that."

"The statement made by Betsy Liley in the audiotapes released today regarding the possibility of making an anonymous gift that would remain invisible to tax authorities is factually inaccurate and not reflective of NPR's gift practices.

"All donations - anonymous and named - are fully reported to the IRS. NPR complies with all financial, tax and disclosure regulations.

"Through unequivocal words and actions, NPR has renounced and condemned the secretly recorded statements of Ron Schiller and Betsy Liley. Mr. Schiller is no longer with NPR and Ms. Liley has been placed on administrative leave, pending an investigation of the matter.

"No stronger statement of disavowal and disapproval is possible. NPR will not be deterred from its news mission and will ultimately be judged by the millions and millions of listeners and readers who have come to rely on us every day."

In an email to KCRW members, General Manager Jennifer Ferro of the Santa Monica-based NPR affiliate commented on the controversy following her just completed trip to Washington DC to meet with members of Congress. “An upsetting part of this latest incident involving NPR is that the merits and integrity of NPR's incredible news content are being called into question. With the political turmoil in Egypt and Libya, we've heard what this high-quality news organization does best - provide insightful information plus the context to understand the story behind the story.”

Switching gears from the Schiller controversy to Congressional threats to CPB (Corporation for Public Broadcasting) funding, Ferro discussed her just completed trip to Washington DC. “My goal in DC was to explain to our lawmakers that CPB funding goes directly to local stations like KCRW - not to NPR. KCRW, just like hundreds of public radio stations, employs local staff and covers local issues. KCRW also supports more than two dozen local arts and cultural institutions as well as thousands of businesses right here in our community.”

Ferro pointed out that the $1 million KCRW receives from CPB funds accounts for 8% of the station’s budget, compared to 2% for NPR. She also encouraged listeners to contact their representatives, saying “listener calls and non-form letters and emails make a big difference.”

Writing for the Atlantic, Chris Good provides some perspective. “Here's why this video probably won't be as explosive as the first one: Nonprofit groups, including political advocacy groups who file as nonprofits with the IRS, often don't disclose their donors. This is a standard practice, and, if a group isn't required to publicly share the names of its donors, it typically won't, even though it will supply those names to the IRS on tax forms. This is seen with 501(c)4 political groups, on both the left and right.”

Good continues, “Here's why it might be a little bit explosive: At the time of these phone conversations, Liley would have known that the group is funded by the Muslim Brotherhood. The undercover videographers disclosed that at the previous (videotaped) lunch meeting. Insofar as it's controversial to discuss taking donations from such a group, Liley is doing something controversial. NPR, however, has said it repeatedly refused the $5 million donation, even though it was offered with ‘no strings attached.’”

Liley is currently on administrative leave.