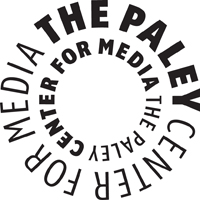 The Paley Center for Media's PaleyFest2011 starts tonight with "The Walking Dead" - we will be there: follow our tweets and check LAist for pics, interviews, video.
Tonight PaleyFest2011 begins at the Saban Theater and it will run through March 17th. This is a great weekend with AMC's "The Walking Dead" kicking off the festival tonight, followed by HBO's "True Blood" tomorrow. Tickets are still available for many of the nights. If you have questions you'd like us to ask about "The Walking Dead" or "True Blood" tweet them to me at @TheTVJunkie.
—-
A couple days ago we wondered why the heck NBC, et al, went with reruns for Thursday night - it was an invitation for Fox to destroy the competition and they did it, setting a new record for Thursdays with "American Idol" airing unopposed. Even fans of "Idol" (count us as nonmembers of that group) think that this season's "Idol" isn't so great, from performers to the panel of judges, but when nothing else is on, it seems that American viewers trickle over there. We'll mark that as a mistake on the behalf of the networks that aired repeats.
—-

Weekend Highlights: There's a marathon of "The Walking Dead" tonight on AMC for you to catch up on the breakout series. Saturday's highlight is "An Idiot Abroad" with Mr. Pilkington visiting the Amazon rain forest (should be hilarious). For the first time in a long we can't even bear to list "Saturday Night Live," much less recommend it as Miley Cyrus is hosting - it is guaranteed to be horrible. Sunday will have a great episode of "Bob's Burgers" that you should check out. In addition to the Sunday staples of "Californication," "Shameless," and "Big Love," what we're most excited about is the series premiere of Chelsea Handler's "After Lately" at 11pm (see the clip above).

We're a frequent viewer of "Chelsea Lately" which often has winner guests and an even more winning panel (this week featured our friend Greg Fitzsimmons in his debut). "After Lately" isn't going to be a "reality" show with cameras following around the writers, performers, and producers of "Chelsea Lately," it's going to be more in the style of a mockumentary - perhaps something more in line with Lisa Kudrow's "The Comeback" although with the many great comedic minds behind "Chelsea Lately" the show will definitely be its own species - we can't wait.
---
Frequent panelist on "Chelsea Lately," Greg Proops, is reportedly involved in a cool project called "Hollywood Asshole" - we can't wait to hear/see more about this. Also, Greg Proops will be doing his free podcast "The Smartest Man in The World" next Wednesday at 8pm at the Comedy Central Stage at the Hudson - RSVP at 323-960-5519. We will be there!
---
The TV Junkie Must-Watch Plan: Tonight - "Real Time With Bill Maher" (Journalist Ezra Klein; Lt. Gov. Gavin Newsom; activist Gloria Steinem; author T.C. Boyle), "Funny or Die Presents," "The Ricky Gervais Show," "The Soup," "Fashion Police," "Comedy Central Presents" (Mike Vecchione, Jessi Klein), Ferguson (Kathy Griffin, explorer Wendy Booker). Saturday - "An Idiot Abroad". Sunday - "Californication," "Shameless," "After Lately," "Big Love" (on rerun)

8:00pm The Walking Dead AMC - A marathon of the series is running tonight.

9:55pm Daniel Tosh: Completely Serious Comedy Central - Tosh is in the O.C., and he's not holding back with his fast-paced humor.

10:00pm The Soup E! - Joel McHale should have some good bits after hosting the Spirit Awards last weekend

10:00pm Onion News Network IFC - After a breaking news report reveals the president has been kidnapped, Brooke Alvarez provides viewers with the latest news from around the world.

10:30pm Fashion Police E! - We knew that Joan Rivers and Co. still had more to say about what people looked like at the Oscars and afterparties

10:00pm An Idiot Abroad Science - Karl’s willpower is tested on his last travel stop to see the final wonder of the world, Macchu Picchu. Before he arrives, Ricky and Stephen offer a reminder that his trip is “not a holiday”, when they drop him stranded in the middle of the Amazon

8:30pm Bob's Burgers Fox - Tina desperately wants to get her first kiss at her 13th birthday party, but a series of unlucky events threatens her plans.

9:00pm Californication Showtime - After getting evicted, Hank moves in with Karen and Becca; Becca and Pearl steal the Porche.

9:00pm Big Love HBO - The Noose Tightens Barb is pulled into the firestorm surrounding Bill and Margene; Nicki is confused by a revelation about Cara Lynn.

10:00pm Shameless Showtime - But at Last Came a Knock Frank needs his ex-wife's signature on documents; Fiona moves in with Steve; Monica wants to take baby Liam with her.

11:00pm After Lately E! - Series Premiere. Chelsea plans a trip but has limited seats on the plane.