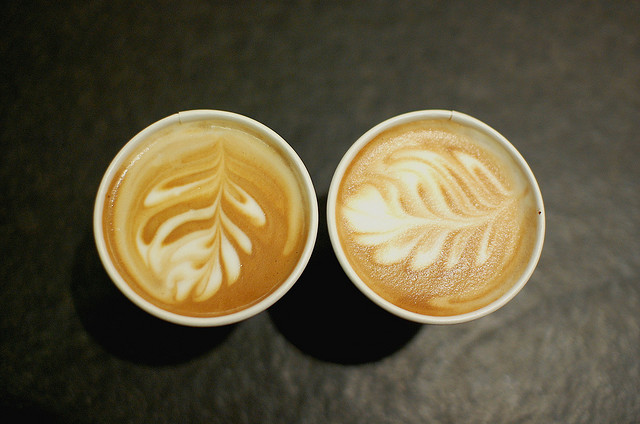 Cappuccinists and foodies unite! Tomorrow kicks off the 3-day Southwest Barista Competition
at Hollywood's Siren Studios. The Coffee Bean & Tea Leaf-hosted event will find the six best baristas of the region, who will go on to compete in the national contest. The top U.S. winner will represent the country in the World Barista Championship to be held in Colombia in June. L.A.'s own Devin Pedde of Intelligentsia was among the top six U.S. baristas in last year's contest.

Food trucks serving it up at the event include @ManilaMachine, @ButtermilkTruck, CoolHaus, Crepe'n Around and @NaanStop; click here to see the full list and schedule.

The festivities are free to attend, but those craving the contestants' caffeine creations can sign up to be a judge ($50 fee; check USBC's registration site for more details). A brew station where attendees can put their skills to the test and make their own caffeine concoctions will also be set up.

So how are the brewmasters put to the test, you ask? Baristas are allowed 15 minutes to prep their best espressos, cappuccinos and original signature drinks (contestants will make four each for a total of 12 drinks total).

If you're a check-in champ, be among the first 100 attendees to check in on Foursquare to get a CBTL swag bag. To get up-to-the-minute updates on event info, live bands and after-party deets, follow @baristaguild, @theCoffeeBean and #SWBaristaChamp.