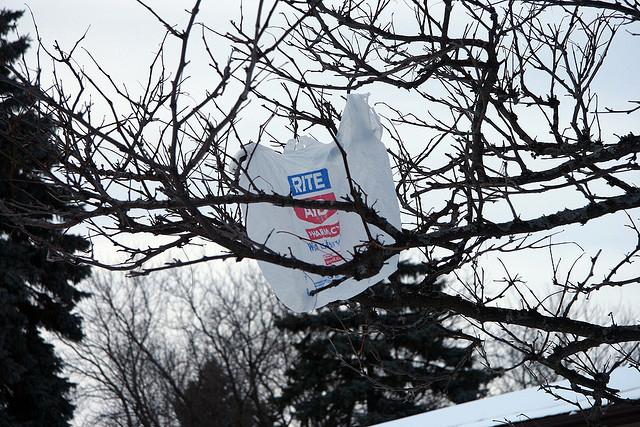 Don't forget your reusable tote the next time you shop in Beverly Hills. The city is currently enlisting their City Attorney to review documents created by LA County that deal with such a ban, according to Beverly Hills Patch. The November vote approved a ban for unincorporated LA County*, however several local cities within the county are pursuing bans of their own. The site reports that the November vote was unambiguous:

The message was simple: “No store shall provide to any customer a plastic carryout bag.”

The site reports that plastic bags will begin to dwindle in Beverly Hills in July of this year, as grocery stores and convenience stores in the area stop carrying them. Citing the LA Times, Patch adds that 1,000 stores in the city are expected to be compliant with the ban by January 2012.

Along with the plastic bag ban, a 10-cent fee was approved for paper bags, reports Patch. (Insert joke about having extra money to throw around.)

*Ed. note: An earlier version of this story included an error regarding the LA Co. Supervisors' ban.