Still Developing: A Story of Instant Gratification Release This Saturday 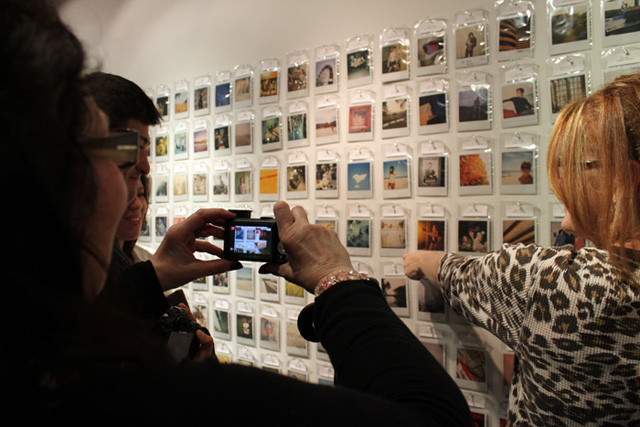 By Adrienne Dorsey/Special to LAist

As a follow-up to last year's successful PolaroidParty LA celebrating instant film and the Polaroid 600 Series, ISM: a community project is ready to do it again with the book release of Still Developing: A Story of Instant Gratification. This limited edition compilation of photographs and essays as well as a rare Polaroid exhibition will be on display Saturday night at Deyermond Art + Books, an independent bookstore and gallery in Santa Monica.

After a popular touring exhibition that featured thousands of Polaroids from all around the world, this rare retrospective book profiles the ISM Polaroid project with short stories, personal essays, and love letters celebrating instant film. Instant Gratification also
features over 200 Polaroids from professional and amateur photographers.

Polaroid ceased film production in 2008, leaving Polaroid users scrambling to scoop up the remaining classic Polaroid 600 Series film before it, and the art form it has created, completely vanishes.