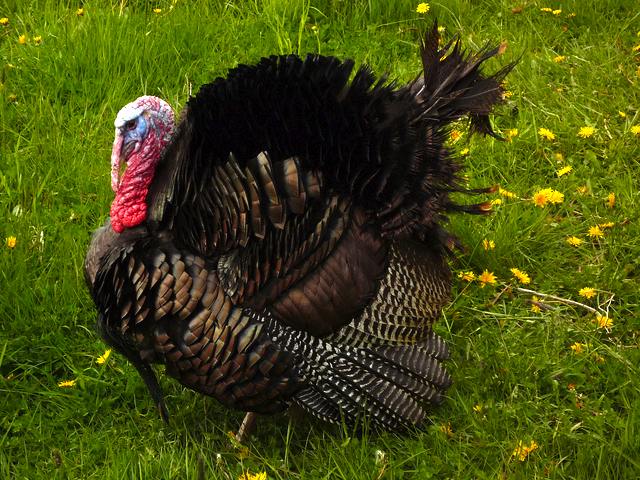 If the official president-pardoned turkey, and their "understudy" want to celebrate their holiday reprieve at Disneyland, they're going to have to buy a ticket. Disney has announced that after a five-year tradition, this Thanksgiving the theme park will not host the forgiven fowl, says the OC Register.

Typically the turkeys wing their way (by airplane) from the White House to California (one exception being 2007's trip to DisneyWorld in Florida) and serve as grand marshal of the park's Thanksgiving parade, then live at the park.

Says Disneyland's spokesperson, Suzi Brown, "Disney officials decided that the turkeys don’t fit with the parks’ new promotional theme, called 'Let the Memories Begin' which is based on visitors’ memories." This, in theory, only presents a problem if your memories happen to be turkey-centric.

For this year's holiday, "the turkeys will live at George Washington’s Mount Vernon Estates and Gardens in Virginia, said Sherrie Rosenblatt, National Turkey Federation spokeswoman." Poor turkeys... Having to trade our balmy SoCal temps for the blustery East. Ah, well...at least they aren't for dinner.