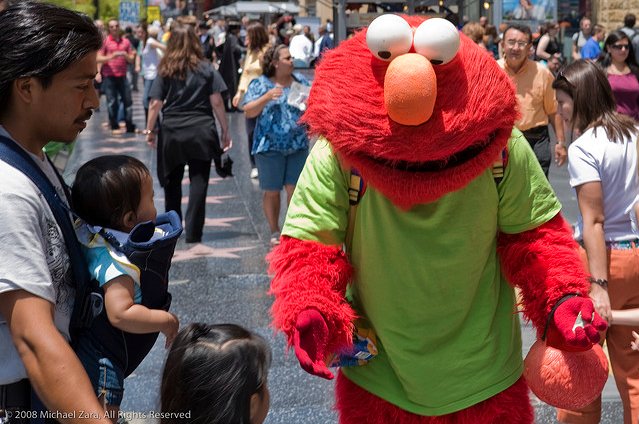 The colorful self-organized cast of characters who spend their days interacting with passersby in front of tourist hot spots on Hollywood Boulevard have a U.S. District Judge on their side, according to KTLA.

Yesterday "Federal Judge Dean Pregerson issued a preliminary injunction [...] blocking what he calls selective enforcement by the LAPD against street performers." Pregerson says that the characters are protected by the First Amendment.

A group of the performers filed a suit against the city, alleging harassment by the LAPD. In September they held a small protest at City Hall to call attention to their plight and how the police's citations and booting them off the Boulevard is affecting their ability to make an income.