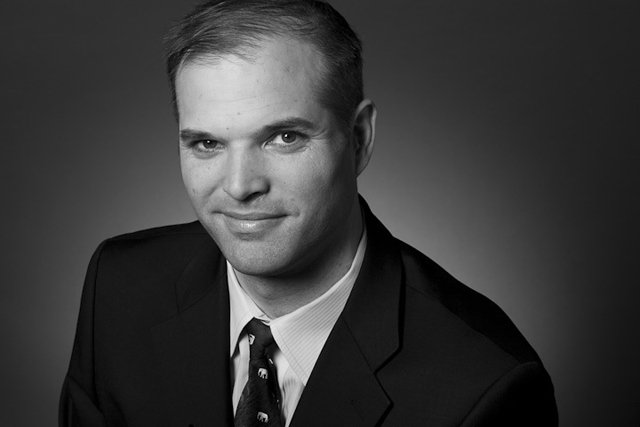 Friday night's lineup at Largo at the Coronet will bring together a journalist, a whistleblower and a singer/songwriter, and the results will be nothing less than riveting. In addition to the intellectual stimulation, a portion of the proceeds will benefit The Veterans Project, a local non-profit committed to helping military veterans reintegrate into society when they come home.

The event will feature Rolling Stone columnist/Griftopia author Matt Taibbi in conversation with Goldman Sachs whistleblower/It Takes a Pillage author Nomi Prins. Given that Taibbi once compared Goldman Sachs to "a great vampire squid wrapped around the face of humanity" and Prins worked as a managing director at Goldman Sachs, it's sure to be an animated and insightful conversation. Joining them will be LA-based singer/songwriter Michael Penn, whose live performances are a rare treat.

Earlier this week, LAist interviewed The Veterans Project founder/journalist Jeff Norman to learn more about the Largo event and other opportunities for supporting our veterans.

LAist: How did the Largo at the Coronet event come about?

Jeff Norman: I've been talking to Flanny [Largo owner Mark Flanagan] at Largo for a long time about doing not just one but a series of shows to benefit The Veterans Project. We both felt it was important to start with something especially strong to set the tone for everything that will follow. When I heard Matt Taibbi was available, I immediately thought of pairing him with Nomi Prins, who's a world-class whistleblower. Flanny was very enthusiastic, and told me he had just been talking to Michael Penn about what an outstanding reporter Matt is, so it made sense to ask Michael to open the show for us.

I'm really excited about this event. It has all the elements. Largo is the best venue in town, we have two amazing truth-tellers who both have an uncanny ability to make otherwise complicated subject matter accessible and even entertaining, and on top of that, we also have a great singer/songwriter who's a perfect fit for this particular situation.

Michael knows and cares about what's happening in the world, and some of his songs are political without being preachy. You should check out his video of a new song called "The Count of Pennsylvania." I hope he performs it Friday night.

Michael is going to perform solo. Then Nomi will interview Matt, although I have a hunch it will actually be more of a dialogue. They're friends, and they've done public forums together previously, so they're very comfortable with each other. They're going to take questions from the audience, too. I expect it to be quite lively, because a lot of people are riled up about what's been going on with the banking industry, and this is a rare opportunity for folks to have their feelings validated and get some clarity from experts. 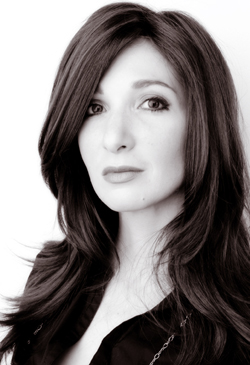 Nomi Prins
After the event, Matt and Nomi will sign their books (Griftopia by Matt, and It Takes a Pillage by Nomi). Matt's new book is about "vampire squids" such as Goldman Sachs and Bear Stearns, and Nomi actually worked for both companies.

What kinds of projects will the proceeds from this event help to fund?

We're establishing a new service that will provide free legal advice to veterans. David C. Lederer, an attorney who was instrumental in launching Heal the Bay, is heading up the program. We need an office to make it happen, and that requires money.

We have a mentor program for veterans seeking a career in the entertainment and media industry. We've assembled a stellar roster of experienced professionals who are all donating their time, but it takes money to promote and present seminars.

Bruce Springsteen gave us permission to use his uplifting anthem, "Land of Hope and Dreams," on a compilation CD we hope to produce soon. In the meanwhile, we've included a portion of the song in a video we made about PTSD. It highlights the important work of Give an Hour, a great nonprofit that provides free and confidential psychological counseling to veterans and their families. We're prepared to harness the talents of the creative community for other videos, too. Most of the people who collaborate with us work for free, but there are production costs.

What are some of the biggest misconceptions out there regarding veterans issues?

One misconception is that when a veteran is irritated about something, it's always attributable to what happened in Iraq or Afghanistan or wherever. Let's remember we all get irritated, and let's remember to let veterans be human.

Another misconception is that it's appropriate to casually ask a veteran, as if it were an icebreaker, if he or she ever killed anyone.

What inspired you to form this organization? Has your background in the entertainment industry helped as you've tried to create awareness about these issues?

I kept meeting veterans who were severely affected by their combat experience. I was outraged that many of them weren't getting the counseling they need because of the stigma attached to psychotherapy. So I decided to round up some of my friends in the entertainment industry to help convey the message that veterans aren't abnormal people; they're normal people who have endured abnormal conditions.

In addition to attending the show and donating through The Veterans Project website, what are some other great ways people can show their support for and reach out to veterans?

Talk to veterans as you would talk to anyone. Tell veterans about The Soldiers Project and Give an Hour, two nonprofits that provide free psychological counseling. It's also confidential, so they don't have to worry about it hurting their careers. Encourage any therapists you know to contact one or both of those groups and offer their services.

Encourage any lawyers you know to contact The Veterans Project and offer their services. Likewise, if you or anyone you know can donate office space, please give us a call.

Watch Wartorn 1861-2010 on HBO. It's a documentary produced by James Gandolfini that chronicles the history of PTSD. It premieres Thursday night at 9.

As our interview comes to a close, is there anything else you'd like to add?

Veterans risked their lives for us. Now we owe it to them to help them reconnect to society.

Thanks for speaking with LAist, Jeff!