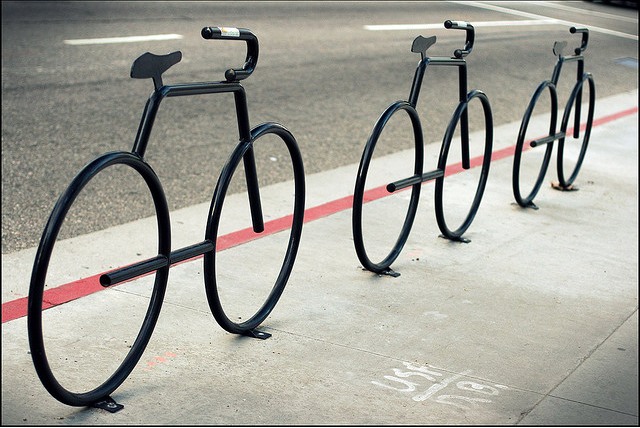 Photo by elsief1 via LAist Featured Photos on Flickr

Los Angeles' Planning Commissioners yesterday rejected the city's long-term vision for bicycles, delaying approval of the city's bike plan until improvements are made. The vote came at the end of an eight hour meeting, in which half of it focused on the document, where cyclists across a wide community of opinion united against its approval.

"Members of the Planning Commission listened to bicyclists’ concerns, and expressed a great deal of interest in a plan that would have 'teeth' in making L.A. more bike friendly," wrote Joe Linton, a member of the city's Bicycle Advisory Committee, at LA Streetsblog.

During the meeting, staff committed to many of the cycling community's requests, including better bicycle boulevards and changing the minimum width of a vehicle travel lane to 10 feet from 11, which helps make more space for future bicycle lanes.

Added: For extensive coverage of the meeting, check our Christopher Kidd's post at the LADOT's bike blog.

"It’s clear that City Planning staff, the public and the Commission all share a commitment to making the streets of Los Angeles safe and effective for everybody," said cycling activist and city council candidate Stephen Box. "The Commission’s continuance of the proposed Bike Plan gives the Commission subcommittee and City Planning staff an opportunity to work together to ensure that LA’s streets are designed and engineered to enable safe access for all users."

The bike plan is scheduled to be heard again at the commission's December 16th meeting. Once supported by the panel, the plan will move to the City Council for final approval.