How Many of the Country's Most Expensive Universities are in L.A.? 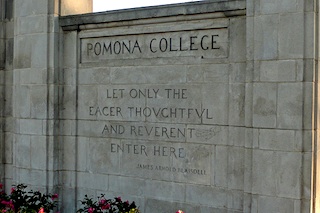 Photo by The Consortium via Flickr
The price of higher education in the U.S. isn't getting any cheaper, and Los Angeles County is home to some of the costliest four-year schools in the nation.

A new ranking published by Campus Grotto reveals the top 100 expensive universities—all of them, not surprisingly, private—based on overall cost (tuition plus room and board), and, in a second list, on tuition alone.

For the 2010-2011 school year, for Tuition and Room & Board, "an additional 48 colleges passed the $50k mark this year, bringing the total to 82. As far as tuition, 43 colleges now charge over $40,000/year, compared to just 11 last year." Unemployed returning students taking advantage of increased access to student financial aid are part of the demand for higher education. Public schools are more affordable, but are also raising tuition and fees.