[UPDATED] Want to See Obama in L.A.? Here's How 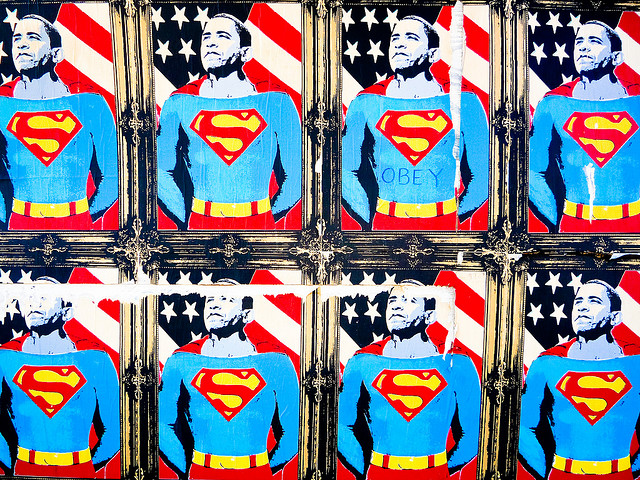 Photo by Troy Holden, via the LAist Featured Photos pool on Flickr.

Some may be excited about this. Others, not so much. Still, seeing the president tends to be a pretty uniquely cool way to spend a day and that is the opportunity some lucky chaps will get when President Barack Obama is scheduled to return to Los Angeles Friday, Oct. 22 for a rally on USC's Alumni Park, which you can access from Trousdale Parkway, south of W. 34th St., Los Angeles, CA 90007.

Obama, like others who have been hopscotching up and down California, is stumping for Democrats who hope they can remain in power for at least another two years. This time, he's aiming to help Sen. Barbara Boxer's campaign and she is actually set to show up! (Unlike other ungrateful ingrates who flake on out-of-town guests.)

Organizing for America put it this way: "He'll be getting us fired up for the final stretch of our Vote 2010 campaign — and making sure we all know how important it is that we keep moving America forward."

Want to go? Obama's USC visit is open to the public and tickets are not required, but an RSVP is encouraged. Space is available on a first-come, first-served basis and those wishing to RSVP should visit: my.barackobama.com/page/content/MAF-LA-RSVP/

The event will obviously be one big cluster fuck, which is why you should try and take the train, bus or bicycle to the event (though, you might not want to leave your bike on the motorcade route.) Officials also warn that, for security reasons, do not bring bags, signs, banners or laptops. Also, please don't throw any books or strip naked - common decency and the U.S. Secret Service frown on such things.