Steve Martin and Frederic Tuten Talk Art at the Getty 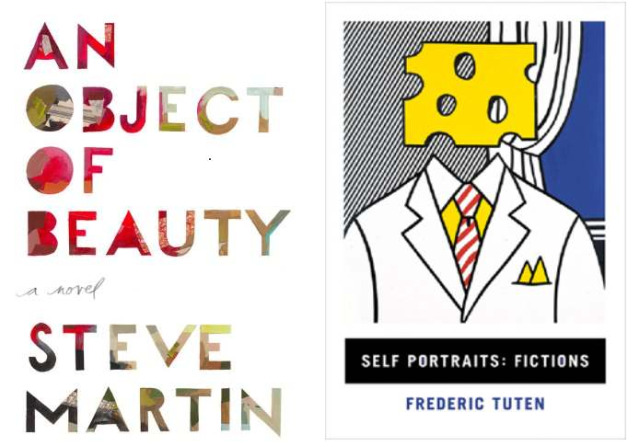 From Left: An Object of Beauty by Steve Martin and Self Portraits: Fictions by Frederic Tuten

With the release of his new book a month away, Steve Martin comes to the Getty this Tuesday to talk art with writer Frederic Tuten. The already sold-out event is part of the Getty's Pacific Standard Time initiative, which is hosting lectures focusing on Los Angeles' role in the development of contemporary art. The conversation, moderated by Andrew Perchuk of the Getty Research Institute, promises to touch on contemporary artists like Roy Lichtenstein and Jeff Koons, whose work has impacted both men. They will also read passages from their books.

Actor and director Martin, known for iconic roles in The Jerk and on Saturday Night Live is also quite the art collector and enthusiast. His new novel, An Object of Beauty, deals with the ups and downs of the art world at the turn of the millennium. Tuten's just-released book, Self Portraits: Fictions is a short story collection. Lichtenstein's Self-Portrait with Cheese not only adorns the cover but also provides the title of one story. As fellow travelers in the art world and friends, the pair's conversation is not to be missed.