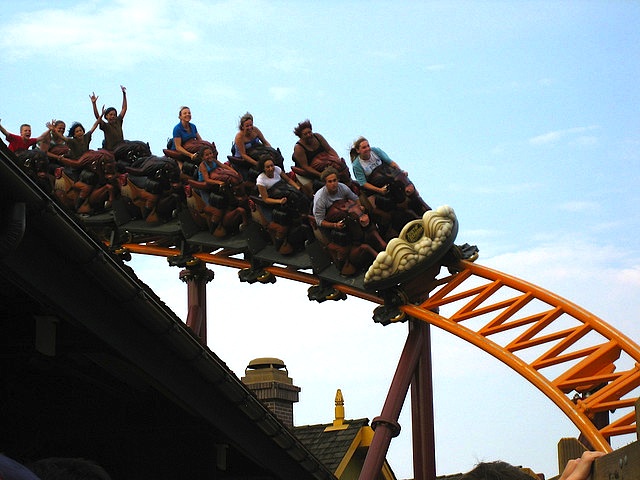 10 people were injured when two roller coaster trains collided in the station of the Pony Express ride at Knott's Berry Farm on Thursday, according to the Daily News, and now the theme park says state inspectors and the ride's manufacturer will be checking out the ride next week.

The ride's trains collided "where park guests board the ride when a train leaving the station didn't make it over the first hill and rolled back into another train." Nine people on the train that had been moving forward then rolled back were hurt, as was one person who was boarding the parked train at the station.

All 10 victims suffered only minor injuries, however, and have since been released from the hospital. The Pony Express ride has been at Knott's since 2008.