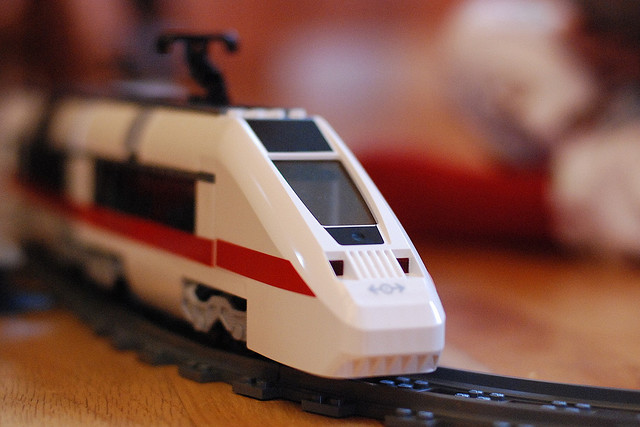 TRANSIT FIGHT!!!! In this corner, MTA's Subway-To-The-Sea, a proposed Westside expansion offering future options for future drives to opt out of their autos and into a 25 minute train trip from Union Station to UCLA. In the other corner, LA Weekly and their $9 billion rip off story, and in the third corner (it's a triangle ring) cute and callous babies who drool and barf and will one day drive with the same disregard for their impact on the the scarily rising congestion rates.

The Weekly quotes USC professor and transportation expert James Moore blasting results of Metro's Environmental Impact Report (EIR) claiming the subway is not being built to ease congestion, rather, for political reasons.

Metro fired back via their blog stating that a small decrease in congestion IS expected, but more to the point, construction of the Westside subway aims to offers viable transit alternatives to the projected traffic effects of population growth in the next 25 years. Not increasing traffic is the new decreasing traffic.

Want in on the brawl? Four upcoming public meetings are planned this week.