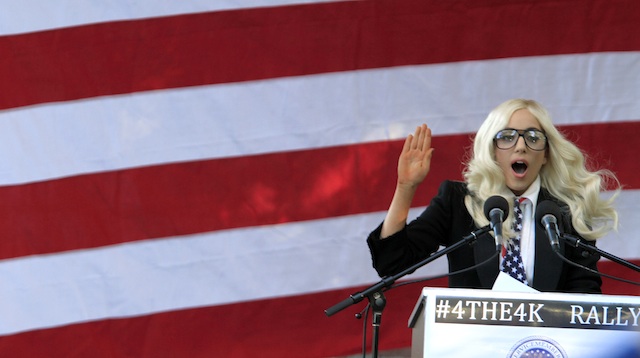 The military's infamous 17-year-old "Don't Ask, Don't Tell" policy about serving while openly gay will continue after it failed to see the day of light in the U.S. Senate. An attempt to end a Republican filibuster on the 2011 Defense authorization bill didn't work when Senators voted 56 to 43. 60 votes were needed before an actual vote on ending the ban could be taken, according to TIME.

The issue is likely to come back after November's election. "This ain't over," said Sen. Joe Lieberman, the repeal's author. "It's long past time to repeal this policy."

Earlier this month, a federal judge in California ruled that the ban was unconstitutional.

The policy has led to the discharge of more than 14,000 qualified service men and women at a cost of more than $1.3 billion, according to the Courage Campaign.

"Today a small minority of 'conservative' U.S. Senators put partisan politics ahead of the lives and careers of our military men and women by blocking consideration of the National Defense Authorization Act (NDAA)," said the campaign's Chairman and founder Rick Jacobs. "Three quarters of Americans support elimination of 'Don't Ask, Don't Tell' because it is unconstitutional, un-American, and un-safe. We had a vote today because millions of Americans made their voices heard, and we will continue to keep the pressure on until this policy is relegated to the dustbin of history where it belongs. This is not a matter of right and left, it's about right and wrong."