Interview: The Filmmakers Behind Catfish, the Other Facebook Film 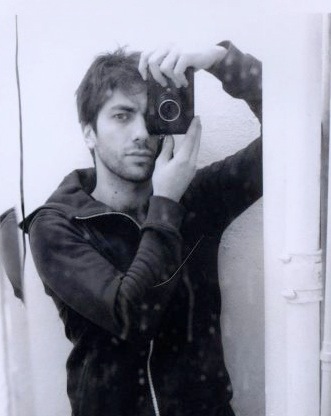 Nev Schulman
There’s a scene in Grosse Pointe Blank where Joan Cusack is heatedly negotiating for ammunition on the phone with some tough guys and then switches over to a call with a girlfriend with whom she was sharing a recipe for soup. She starts off sweet and then gets agitated and starts in with the same tone she was using for the ammunition phone call. “No, no… It’s not going to be a boring soup! That’s just the base… Carrots and celery are just the base of a soup!” I feel like I’m having that conversation when people ask me about the documentary film Catfish. “No, no… It’s not going to be a scary movie! That’s just the trailer (see it below)… The marketing has very little to do with the basis of this movie!”

I find it particularly exasperating because I don’t like scary movies and would never be attracted to a movie that looks like it could give me nightmares. Going by the advertising alone, I would have missed seeing this movie that I really enjoyed. Conversely, if you’re into thrillers, you might feel ripped off if you’re waiting for paranormal activity that never actualizes, but maybe not. Truth, in this case, is stranger than fiction.

Catfish is a film centered around social networking and the relationships we build online in a way we haven’t seen on screen before. Is it a true story? Having recently sat down and talked about the making of the movie with filmmakers Nev Schulman, Ariel Schulman and Henry Joost, I believe it is. Besides, I have a facebook friend in common with the filmmakers who goes way back with these guys (see the ironic logic). Here’s what they had to say about Catfish, without giving too much away about Catfish.

LAist: Are you more weary now of people you might meet on the web and who they might be?

Nev: Yeah, basically I don’t meet people online. I never used to do that really anyway. This was sort of a very unique experience for me, but at this point now when I get requests from people who I’ve never actually met, I just sort of ignore them. Which sort of goes against my nature because this whole experience happened because I kind of just blindly threw myself into something unknowingly and said yes to something and went for it. Look what happened. Better or worse, it changed my life. I think for the better. I’m not someone who likes to be cautious or assume the worst. I’m sort of the opposite and it gets me in trouble, but it also gives me a story to tell and hopefully changes who I am a little bit for the better.

LAist: At the end of the film you have something like 700 friends on Facebook. What is it now?

Nev: It dropped, actually, after that. I just sort of went through and, first of all, if I don’t recognize your name, you must not be my friend. I mean, we’ve redefined the word, “friend,” which basically means a loose acquaintance, whom you may or may not ever see, because you share some mutual connection. It’s like, it’s not a friend anymore. So, I definitely went through and thinned out the herd.

LAist: There are some people out there questioning whether the whole movie is real. Why do you think people are so suspicious?

Henry: I think that there has been a trend for a while of the mockumentary and also the fake documentary, which is kind of a different thing. The Cloverfield and Blair Witch Project type thing and then even more recently, those commercials that are trying to look like YouTube viral videos where something totally crazy happens and a visual effects company manipulates it. So I think people are trained now to be suspicious about what they see and wonder what the motives are behind it. So this question of whether the film is real or not never occurred to us while we were editing, because why would you ever suspect that people would be suspicious of something that actually happened to you? But when we started showing it at Sundance, that’s when we started getting questions from the audience. When we were making the film, there were many times when we thought, “Wow, this is too good to be true” in a lot of ways or, “I can’t believe that just happened the way that it did,” or that we captured that in the way that we did, but it did. It really happened. That’s the truth.

LAist: Now what was the moment when you realized there was a story there and you decided to start filming?

Henry: Well, Riel had the instinct to start picking up little bits and pieces with Nev shortly after he got the first painting from Abby and really we didn’t have that much footage in the first act of the film. We probably only had like an hour of footage and we kind of beefed it up with the online correspondence. Then, when we discover what we do in Colorado, that’s when we turned to each other and we said, “This is not just a little thing, this is a movie and this will have a story and we should not stop rolling for as long as this takes.”

LAist: Was there any point during the shoot that you got freaked out and wanted to stop?

Henry: That still makes sense to me, though. (laughter)

Ariel: And Nev said, “Turn the car around, we’re going in head first.” And I guess that’s just how we work as a group of friends, that we just keep pushing each other.

Henry: And we support each other, when somebody’s falling behind a little bit, the others pull him up.

LAist: That scene you just mentioned plays like a horror film. Did you feel like you were in a horror film at that point, were you frightened?

Henry: Yes, that was the most terrifying moment of my life.

Nev: I don’t know, yeah. For some reason fear was not… on my feelings radar at that moment? I guess I was just sort of emboldened by the notion that I was potentially going to meet someone I knew and was very close with and almost ready to discover whatever it was.

LAist: What do you think of the studio marketing the movie as a thriller?

Henry: That is part of the movie. That’s, I think, the crux of the second act. What I like about it being marketed that way is just that it kind of has you looking in a different direction and expecting something and the film ends up being a lot more than that.

LAist: What does it say about how people can elevate their situation online and what their responsibility is for that?

Ariel: I think it says that the Internet and social networking is sort of a perfect distraction and fantasy for people to fill any empty space in their lives, whether it’s just to fill time and distract them from a real life situation that’s uncomfortable. A bad date or a boring dinner, just hop on your phone and you’re on the Internet and you’re surrounded by 1000s of people. Or it can fill a much simpler void, which is my life isn’t what I want it to be. I am not who I want to be. Let me create a better self, an avatar. “Bam!” Five minutes later you’re up and going.

LAist: Does it make you a more compassionate photographer now that you’ve been on the other side?

Nev: I’m that much more appreciative when people do take a picture of me. I guess we kind of always had a history as brothers of generating that content of each other for each other. That’s something we wish we had more of is footage of us as kids. So he’s agreed to film my life for me and I’ve agreed to photograph his life for him. It’s just sort of a trade that we do.

LAist: What did you learn about yourselves as filmmakers going through this?

Henry: You know, we have a commercial production company and we make commercials. When you’re making things like that, you spend a lot of time thinking about having everything look perfect and be perfect all the time but this was really a lesson in if you have a good story and a compelling person to film, then you don’t have to worry about that stuff as much and you should really just let it go and just try to have it be a more pure experience. That was hugely liberating as a filmmaker to just say let’s film this on whatever camera is closest. As long as we get the audio clear and the image that you need then that’s fine.

LAist: Nev, will you be in front of the camera again?

Nev: You know, it doesn’t take a lot to convince me to do something. So if someone has a compelling argument as to why I should be in front of a camera, I probably will end up there.

LAist: Do you guys have any DVD plans?

Ariel: Oh, the DVD is going to be chockfull of bonus features. There are so many great deleted scenes, so much of the correspondence and the world that was created. Other characters on our side of the fence that were involved, none as deeply as Nev, but deeply.

LAist: How do you want viewers to go into this film?

Henry: I feel like I should say we’re sensitive about spoilers. We feel like the best way to go into the film is knowing nothing, which I know is not possible, but we kind of want the audience to have the same experience that we went going into this, not knowing what was coming. We love talking about the after the film stuff, but I know it’s a challenge to write about that.

Catfish opened this weekend in Los Angeles. Here are some showtimes. The Social Network, a film based on Facebook, will be released in October.