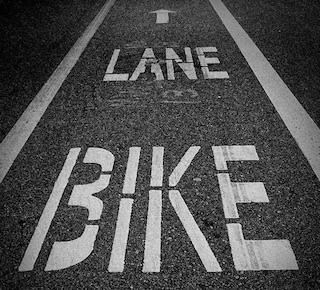 He wants the L.A. Department of Transportation to create a community outreach process that involves Neighborhood Councils, even to the point of them being required to provide a recommendation on proposed bicycle infrastructure before it's implemented.

"Why does Smith single out bicycling for a need for greater community outreach when LADOT has an abysmal reputation for public outreach when it comes to any of their 'road improvements?'" questioned Damien Newton at Streetsblog LA. "I expected bike advocates to be outraged, but instead they surprised me... Outside of their annoyance with Smith’s focus on bicycles most seemed supportive of forcing LADOT to engage local constituencies before moving on bike projects. Apparently, LADOT’s history of opaqueness is a much greater concern than anti-cycling members of Neighborhood Councils throughout the city."

Smith's proposal wouldn't actually work the way the city currently operates, but if he pushes right, there could be some deep-seeded change.

A LADOT bikeways transportation engineer told LAist last month that opportunities to install bicycle infrastructure, such as bike lanes, come with little notice and sometimes within a 30-day turnaround time, something a volunteer neighborhood council would be hard pressed to comment on. Resurfacing projects, unless in emergency situations, should not be a surprise. Planning and foresight needs to be instituted in order for this to work.