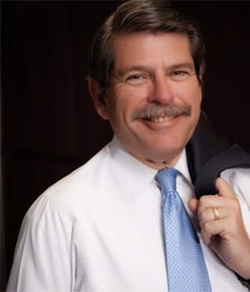 via ZevWeb
He's been a steady name in Los Angeles politics for decades, from the Los Angeles City Council to his current long-term spot with the L.A. County Board of Supervisors. Now, he's seriously being asked — apparently by "people you just can't ignore" — to consider making a stab at running for Mayor of Los Angeles next year, when Antonio Villaraigosa's term is up.

"I will consider it, but it's not first and foremost on my agenda," he told LA Times columnist Patt Morrison for her weekend column, as pointed out on LA Observed. If he did run, what would his platform be? Perhaps cutting through the B.S? "... politics is not what I spend most of my time thinking about. Policy is."

He certainly has a track record that could make this next mayoral campaign season a good one. Other possible and rumored contenders include L.A. City Council President Eric Garcetti, The Grove/Americana developer Rick Caruso and L.A. City Controller Wendy Greuel.