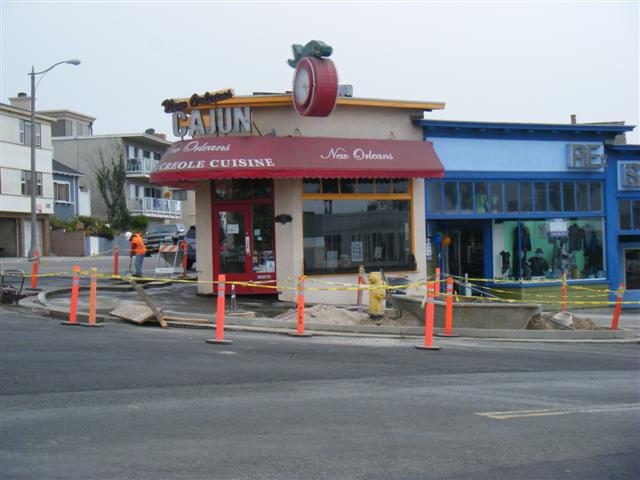 Merchants and locals are grumbling loudly over the seemingly endless Pier Avenue Improvement Project as construction crews rush to make sure there will at least be sidewalks for the large crowd expected to attend this weekend's Fiesta Hermosa.

According to the the city's website, the Hermosa Beach City Council originally awarded the construction contract to Pima Corporation on December 8th of last year with an expected completion date before June of this year. Due to a number of unforseen delays, the work continues.

As Patch, which has been closely following the progress online, reports, there was some excitement when an August 10th completion date was announced. On Thursday when LAist went to check on the project, heavy equipment was still working on sidewalks on the south side of the street above Hermosa Avenue. The upper section of Pier Avenue near Valley and Ardmore remained torn up, with snarled traffic negotiating orange cones and massive piles of dirt. MAP

The City of Hermosa Beach promotes the project as necessary to prevent further problems with flooding, and to make Hermosa Beach all sparkly clean and fresh.

Many residents question the necessity of key elements of the project, "They're taking out bike lanes to put in benches? People don't come to Pier Avenue to sit. They come to ride their bikes, to shop, to park." In a May Letter to the Editor in The Easy Reader, Howard Longacre states that the median will destroy the natural open beauty of the street, hinder emergency vehicles, and interfere with annual parades.

Locals seem to have completely given up on visiting Hermosa's main thoroughfare and entertainment destination, stating, "I avoid going down there as much as I can" and "It's a clusterfuck down there."

Local merchants complained to the Easy Reader in Spring about sales dipping between 30% and 70% as parking spaces disappeared and storefronts were blocked by construction.

The city attempted to abate complaints about parking with a temporary valet service, albeit running only at night. Meanwhile, the lack of inclusion of a bike lane and the addition of a seemingly pointless median has drawn fire. At a recent Hermosa Beach City Council meeting, the city backed its original plan in spite of bicycle advocates, and the bike lane issue remains unresolved, Patch reports.

PIER AVENUE IMPROVEMENT PROJECT - STATUS REPORT - 8/26/10 Well, we slipped a little from last weeks projections…we had hoped to have all of the sidewalks on the south side of Pier paved this week. Unfortunately, lowering the water services between Bard to Monterey was delayed a few days and that delayed other work. The sidewalks are now scheduled for next Tuesday night (8/31/10). They will be completing the concrete curb bulb-outs the day before on 8/30/10. New street lights are supposed to begin installation tomorrow, Friday 8/27. Next week construction of the medians west of Monterey will begin, the storm drain work just west of Valley and landscaping will be underway. If you’re wondering why some areas have been delayed while others are completed it is most likely caused by some underground utility work that’s not been completed. These will start wrapping up next week.

Thanks for your patience…
Rick 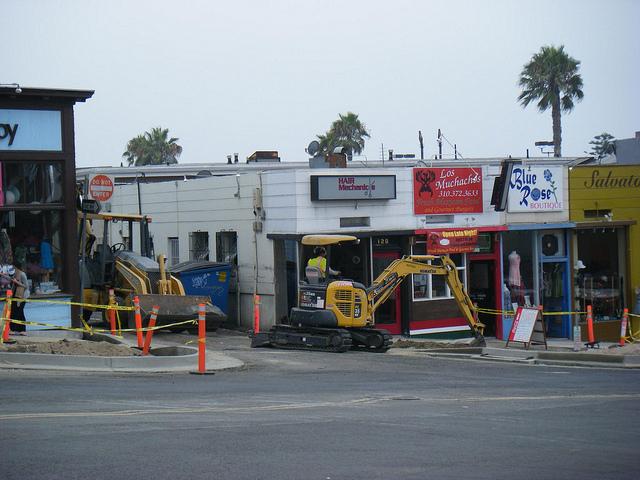