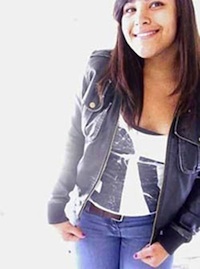 The teenager had been at the Electric Daisy Carnival during the last weekend in June this summer when she collapsed amidst the crowd. When she fell, Rodriguez hit her head, and while her friends tried to shield her from being trampled, the crowd overwhelmed them. Ultimately, Rodriguez was taken to the hospital, where she fell into a coma and then died.

Doctors who examined the teen at the hospital noted the ecstasy in her system, and ascertained she was dehydrated and then in shock when her system was rushed with water while she was still conscious. The coroner's office said Rodriguez's death was the result of complications from using the drug, and ruled her death an accident.

The safety of events like the Electric Daisy Carnival has come under scrutiny since the event. Medical professionals expressed worries immediately following the rave-like event, and subsequently a task force was formed to determine if holding such gatherings at a place like the LA Coliseum was a good idea.