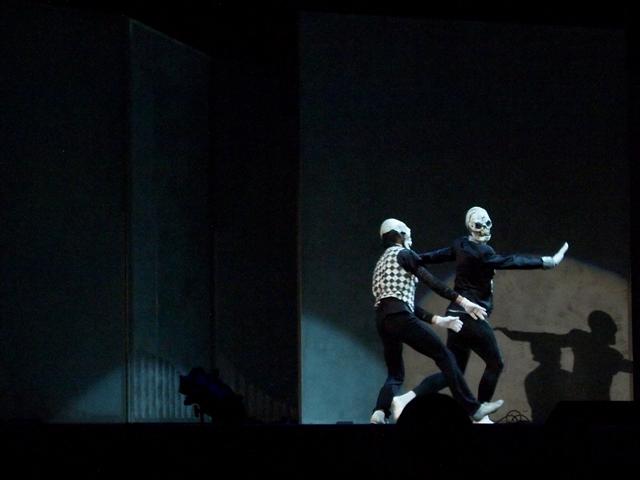 To anyone who’s spent enough time there, the sound of New Orleans music always evokes memories of instant parties breaking out where you stand; you’re just hanging around on the street and all of a sudden, there’s a band playing and people dancing for no apparent reason. Last week, the Bowl brought three of Louisiana music’s foremost living contributors to one place at one time and gave LA a taste of the real deal, played by old men the likes of which they don’t make any more. It proved to be a funky evening indeed, a masterclass in drumming, in making the most complex ideas flow like water.

Dirty Dozen Brass Band were already on stage as we trudged up the hill, and could be heard ripping up a storm. Theirs is an electrified marching band, one informed as much by soul and R&B as by Louis Armstrong, one that has no trouble jamming with both Chuck D and Govt. Mule . But whatever they’re playing, the smell of New Orleans is inescapable. You sense they could probably do a terrific “When The Saints Go Marching In” if they felt like it, and you’d be right.

Preservation Hall Jazz Band are one of the city’s oldest institutions, formed in the early sixties with the express purpose of keeping old jazz alive, right at the time when such a notion couldn’t have been more unhip. But they’ve remained active, as both a band and a building, ever since, preaching the tradition of the Armstrong era. I’ve seen them a handful of times, including in their current Bourbon Street home, and figured we were in for a predictable, toe-tapping half hour or so of good old Dixieland music, and the first four or five songs seemed to bear that notion out. No matter how often those old songs get repeated, they’re still a treat to hear when played by masters of the craft.

But the second half of the program, a collaboration with modern dance troupe the Trey McIntyre Project, was shockingly powerful. The first few pieces were fun and upbeat, and worked surprisingly well - skeletons dancing around to “Heebie Jeebies” and that sort of thing. But the fourth piece was a funeral dirge, played at an unearthly slow tempo, and it became evident that the skeletal figures were re-enacting Hurricane Katrina - I saw a flash of a man perched on the roof of his house as another went floating past, after which every image resonated with footage of the disaster. This was followed by dances to a series of old spirituals, some performed with just a voice and a tambourine (which I believe to be by Sister Gertrude Morgan, whose record was released on Preservation Hall Records and has recently has been rediscovered thanks to an update from hip-hop producer King Britt, leading to the use of her "New World In My View" on HBO’s True Blood.)

It was unexpected, audacious and while I can hardly claim to be a modern dance expert, on an emotional level I have to rate that performance as one of the most stunning I’ve seen all year. It’s impressive that current leader Ben Jaffe, son of original founders Allan and Sandra Jaffe, has found a way to do something genuinely modern, so successfully, while continuing to honor the music they were founded on.

The Neville Brothers began performing as a unit in the late 1970s, but elder brother Art (organ, vocal) first brought the family name to prominence in 1953 as a member of the Hawkettes (“Mardi Gras Mambo”), followed by a handful of first-rate singles under his own name for Specialty (the full-length LP of his fifties sessions is essential for anyone interested in early rock and roll), prior to forming funk pioneers The Meters in the late sixties. Looking good and still playing with fire at seventy-two, Art and his siblings Charles (sax and reeds), Cyril (percussion) and Aaron (lead vocal) led the crowd through their half-century of black American music, equal time for rock, funk, soul and R&B, all of it driven by the polyrhythms of New Orleans second-line. Aaron eschewed most of his most popular crowd-pleasing songs - no “Tell It Like It Is” or “Everybody Plays The Fool” - instead devoting his time in the spotlight to a deeply powerful rendition of “A Change Is Gonna Come”, every chorus receiving a smattering of “Amen!”s from throughout the venue. Meters fans were especially grateful for their couple of tunes, Art taking the lead on a stomping version of “Hey Pocky A’way” and the entire group doing a simmering four-part harmony on “Fire On The Bayou”. They remain one of the great American good-time bands, inspirational and still evolving after decades of time, just like the music of New Orleans itself .