Is Moving Pasadena's Only Frank Lloyd Wright to Japan the Answer? 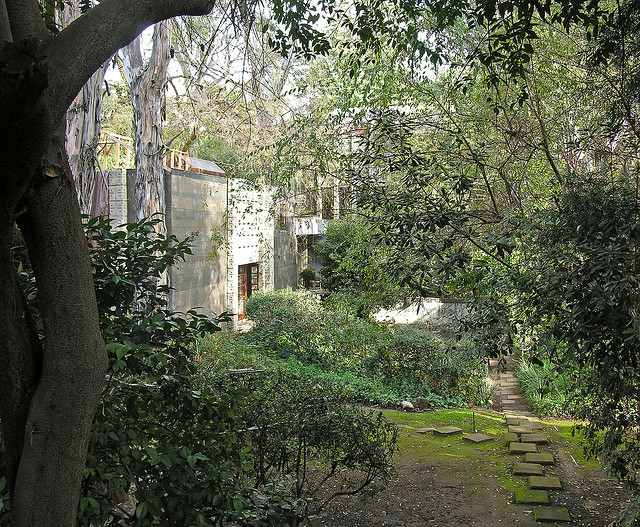 If you ask the Pasadena Star-News' Larry Wilson, the answer is no.

Thanks to an AP article about "starchitect" homes stagnating on the real estate market, Pasadena's La Minitura, aka the Millard House, is showing up in the news again. The house, built in 1923, is "the first of the great and arrogant architect's experiments with his Mayan-block style of con[s]truction," notes Wilson.

Its flat roof means it's pretty damn leaky, and it's not exactly a cozy home, but it could have—at long last—a buyer. A buyer from Japan, who's in, if "they could take it apart, block by Mayan block, and ship it across the Pacific." Even the realtor, Crosby Doe, says "we have to consider all options." So moving it to Japan is what it will take to not only sell, but also save it?

"It is a piece of architecture so inextricably built precisely for its site - a gully rolling down from Prospect Boulevard to Rosemont and the Arroyo Seco - that its wild genius would make no sense anywhere else," counters Wilson. "But the house ain't leaving. You don't take the Pieta outta St. Peter's. And you don't take Wright's Mayan blocks off Prospect."

Anyone else want to buy a famous house in Pasadena?