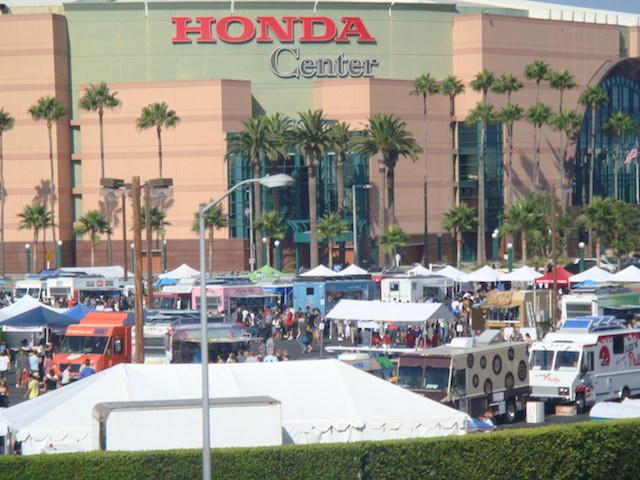 Yesterday's first-ever OC Foodie Fest united some of the best food trucks from Los Angeles and Orange counties, serving up food and fun for the estimated 8,500 attendees.

The event was a sell-out, according to an OC Foodie Fest rep. 49 food trucks parked at the Honda Center to "bring exposure to the growing [food truck] market in OC as well as give the opportunity for LA trucks to branch out into a new area." Tickets were priced for pre-sale ($12, general admission) and at the door ($15 general admission) plus the trucks had special event pricing for the food.

A percentage of the proceeds will be donated to local charities, Child SHARE, St. Vincent's Meals on Wheels and Pretend City. Attendees were able to vote on their favorite of the trucks for Yelp's "Best of the Fest" awards. "OC's The Lime Truck took first place, Chunk-n-Chip took second place and Great Balls On Tires took third place."