Councilmember Wants Report on How to Avoid Another Obama Traffic Hell 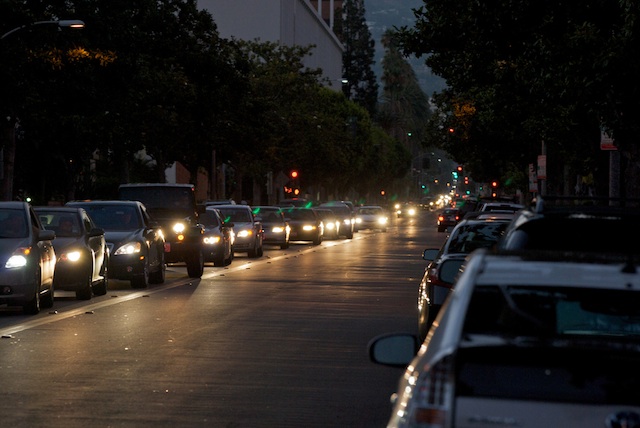 Westside L.A. City Councilmember Bill Rosendahl is on a roll these days. First he's upstaging Mayor Antonio Villaraigosa at his bicycle summit with a popular three-foot passing proposal and last night he was demanding answers about the traffic mess caused by President Barack Obama's visit.

"He [Obama] created a lot of frustration among the people who couldn't move around,'' he told ABC7, according to the LA Weekly. "So we don't want to see this happen again to the president or anybody else who comes to Los Angeles.''

Olympic Boulevard was shut down for hours, causing a ripple effect throughout the area. It was the definition of gridlock. Even pedestrians were trapped in some places. People argued with police. Commutes that normally took one hour took four.

Rosendahl wants a report from the LAPD and city's transportation department. It should include how closures can be better coordinated next time.