Punk Rock BBQ Lights Up The West Side This Afternoon 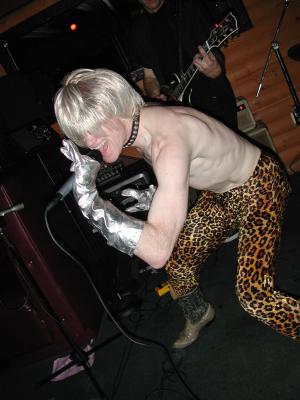 What better place to spend a beautiful summer afternoon than... a dark bar on Pico? Liquid Kitty's semi-annual Punk Rock BBQ is happening today, a working man's special featuring free hot dogs, $2 Pabst Blue Ribbon, and no cover charge despite a heady selection of musical acts. Musical entertainment runs the gamut from minimalist hardcore weirdos Chotto Ghetto, the radio-ready guitar attack of Bikos, the Bloody Brains' trip through the book of proto-punk and garage standards, the vintage power trio sound of Backbiter (which includes the all-LAist rhythm section of Bobzilla and Heathbiter, filling in for the previously-announced Fatso Jetson), and the cocktail-spilling antics of Dave Arnson and his '73 Stooges tribute the Raw Power Rangers (James Williamson came to the last one, he thinks they're awesome.) But not to be missed, at 4:30, is a rare reunion from SST's token surf band, Lawndale, who spiced up many a summer BBQ during their mid-eighties heyday and continue the tradition in grand style.