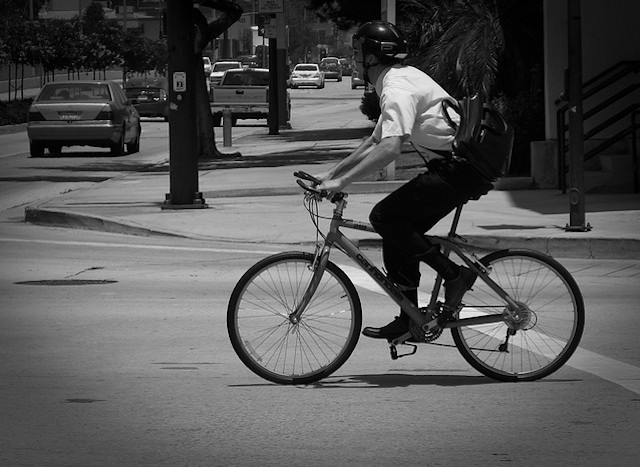 Photo by @sevenphoto via LAist Featured Photos on Flickr

A promise he made after a bicycle mishap that left him with a broken elbow, L.A. Mayor Antonio Villaraigosa yesterday announced the date of his bike summit. “Let’s get together and talk about what we need to do to make the streets safer for cyclists,” he said in a statement.

Topics at the August 16th event will include the City’s draft Bicycle Plan and its anticipated 1,600 miles of bikeways — 200 of which that are planned over the next five years — LAPD enforcement — something that has been improving, especially since a June incident was caught on video — the effort by Metro to integrate bus and rail with cycling (there's been a lot of talk about first and last mile), and other topics.

“Whether you depend on your bike for commuting or just take it out for fun, I invite you to come to the Bike Summit to talk about your experiences and learn about what we’re doing in Los Angeles to make streets safer for everyone,' said Villaraigosa.

The summit takes place between 9:00 and 11:00 a.m. at the Board Room of the Metropolitan Transportation Authority, One Gateway Plaza, Los Angeles 90012