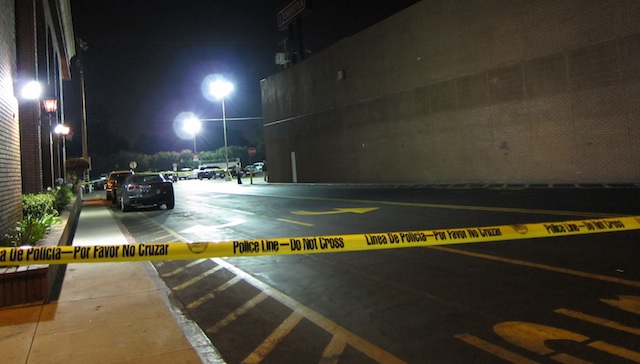 A deputy-involved shooting that left an 18-year-old dead has some questioning whether law enforcement should have used deadly force. On June 24th, plainsclothes officers from a multi-jurisdiction task force were meeting in a Studio City parking lot when they noticed a man apparently casing cars, including one of police's unmarked ones.

A task force member approached the man, who became uncooperative, prompting a struggle. A sheriff's deputy who came over in aid and drew his gun ordering the suspect to the ground was then hit by another vehicle. The driver, 18-year-old Granada Hills honors student Zac Champommier, was fatally shot.

The man being detained was 29-year-old Douglas Ryan Oeters. He told the LA Times that although Champommier hit a sheriff's deputy, he was driving slowly and didn't post a threat.

"They did not show any badge before rushing at me," Oeters explained of the officers, who more resembled red necks than police. "I am sure Zac was scared just like me and left the parking lot due to a panic they started for no reason. This has caused an innocent 18-year-old to be shot after he reacted to the group surrounding me."

Sheriff's officials told the Times that "the two officers who fired their weapons did not have time to identify themselves to" Zac. They also said they clearly identified themselves to Oeters.