The L.A. River is Declared Navigable by Feds 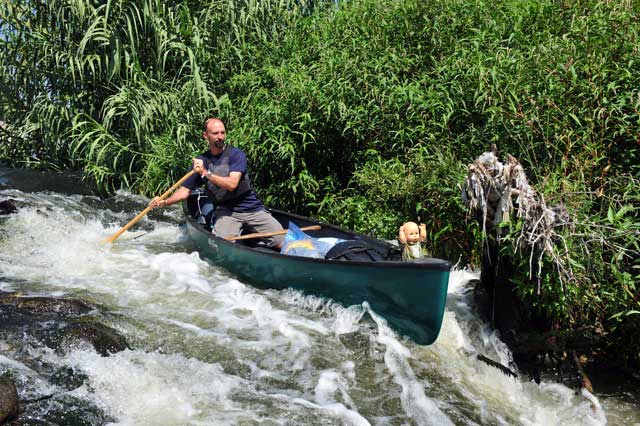 Lisa Jackson of the Environmental Protection Agency yesterday announced that the Los Angeles River — the entire 51 miles of it plus some tributaries like the Compton Creek — is navigable.

Why is that big news?

"This is very important, because navigability is one of the conditions that assures that a river and its tributaries will be protected by the 1972 Clean Water Act," explains Joe Linton, who follows L.A. River issues on his blog. "That law can be summarized as stating that all our nation’s waters will be swimable and fishable - which is to say, safe for humans and for wildlife."

The L.A. River begins at the confluence of Arroyo Calabasas and Bell Creek in the San Fernando Valley and flows to the Pacific Ocean at the San Pedro Bay.

"A clean, vibrant L.A. River system can help revitalize struggling communities, promoting growth and jobs for residents of Los Angeles," said Jackson, who made the announcement yesterday afternoon at Compton Creek, where the county acquired 4 acres for a future park. "We want the L.A. River to demonstrate how urban waterways across the country can serve as assets in building stronger neighborhoods, attracting new businesses and creating new jobs."

When most of the river was declared unnavigable a few years ago, a coalition of activists set out to prove them wrong by kayaking the entire length of it over three days. LAist photographer Tom Andrews documented the trip and his beautiful photos (see them here, here and here) helped prove their point. Looks like the EPA agreed.