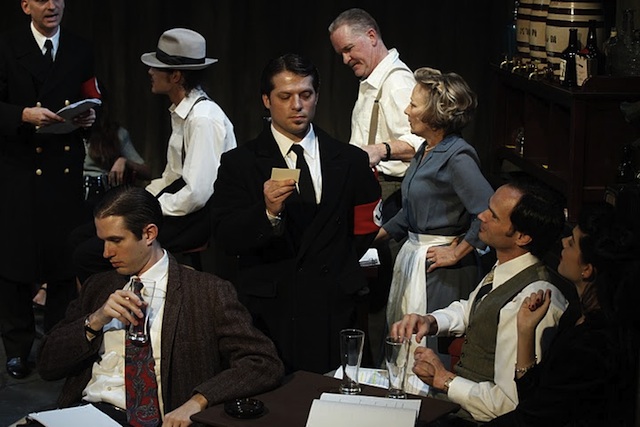 By Lyle Zimskind, Special to LAist

How many classic plays can you see performed in just six weeks? Well, stick with the North Hollywood-based Antaeus theater company this month and next, and you can take in no less than 14 of them. And most at just $10 a pop. “It’s like a crash course in the classics,” suggests Antaeus’s artistic director, Jeanie Hackett.

Antaeus kicked off its biannual ClassicsFest 2010 in late June with the opening of King Lear, directed by Bart DeLorenzo, in a well received production that notably offers two entirely different casts, dubbed The Madmen and the Fools, in four alternating performances each weekend. And this week, the festival expands its program by offering both workshop productions and staged readings of great plays that specific members of the Antaeus Company’s esteemed company of actors have been wanting to cut their teeth on.

The workshops, or “works in process” as Antaeus characterizes them, have just gotten underway with a new musical adaptation of Noel Coward’s alternate-reality World War II rarity, Peace in Our Time. Running mostly Tuesday through Thursday evenings at 8:00, these productions have the cozy feel of invited dress rehearsals, with actors in full costume and set, light, and sound designs well implemented. After Peace in Our Time, which is playing tonight and Sunday afternoon at 3, workshops over the next several weeks will include plays by Moliere, Brecht, Lorraine Hansberry, Tom Stoppard, John Marston, and a compendium of ancient Greeks and Romans.

Beginning next weekend, Antaeus will also be presenting Saturday afternoon staged readings as “first looks” at works that company members want to try out before an audience even more informally. The classic lineup for this series includes works by Shakespeare, Chekhov, Sean O’Casey, Brian Friel, and Lope de Vega.

"ClassicsFest is a way for the members of our ensemble to initiate the projects they're dying to do," explains Hackett. "It gives our actors the chance to play some really great roles - and for our audiences to see a lot of different classical plays over a short period of time.” And because all of these productions are still in development, she notes, “anything can happen.”