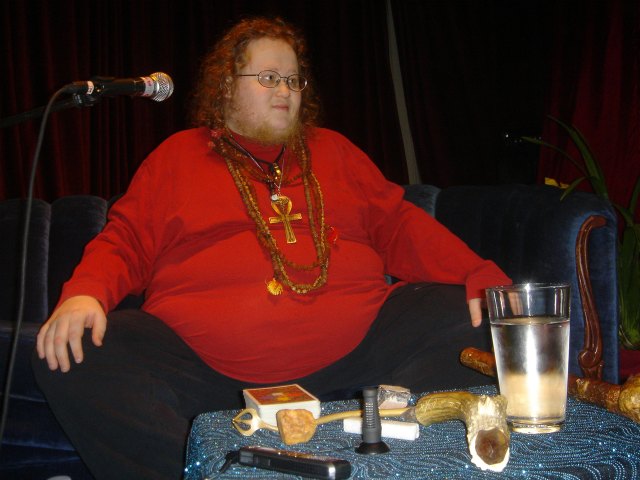 What Harry Knowles has to do with all this, I'll never know... | Photo courtesy of Walking Shadows

I'm a sucker for holiday-themed slashers, and none come as blood-red, white & blue as Uncle Sam! In today's hyper-partisan climate, Uncle Sam appeals to Americans of all stars, bars & stripes. A Gulf War vet (pro-troops!) is killed by friendly fire (anti-war!), only to be resurrected by flag-burning teens (pro-free-speech!), whom he proceeds to murder (anti-free-speech-I-don't-like!), along with every draft dodger (pro-war!), corrupt official (anti-corporate-interest!), and electorate (anti-incumbent!) he can get his jingoistic mitts on! If that isn't enough, there's also Isaac Hayes (pro-soul!) and an aesthetic that looks like it came out to 17 dollars and 76 cents. If THAT isn't enough, it's part of a full-on 4th of July line-up that also includes fireworks, Willie Nelson, fireworks, illicit substances & fireworks! I want YOU to go to the Cinefamily, enjoy a fabulous barbeque, have one drink shy of too many, and celebrate cinema Americana!

Unless you're some kind of pinko commie. In which case you'll want to head to the Downtown Independent for the world premiere of Our Footloose Remake, or more accurately, The People's Socialist Republic of Bacon! Over fifty filmmakers join together, each with their own bits and pieces to bail out Hollywood's All-American remake after "too big to fail" Paramount couldn't make the July 2010 release date. If you're merely a godless commie, head over to Laemmle's Sunset. Then you'll be at The Nature of Existence, in which the director of Trekkies dares question the Judeo-Christian-Hindi-Taoist-Druid-scientist underpinnings of our great nation! And if just don't love any of it, you may as well leave it - with a triple feature of National Lampoon's Vacation, European Vacation & Christmas Vacation at the New Beverly! (Apparently what happens in Vegas really does stay there...)

That's all for this week. What a piece of work!