From Market to Menu: An Interview With Chef Akasha Richmond 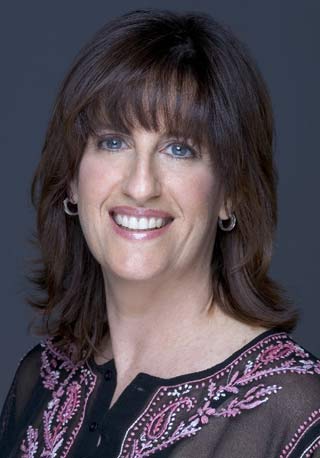 At 8 am, as many of the inhabitants of Los Angeles sit gridlocked in traffic or languish a few extra minutes in bed before facing a day of waiting tables and waiting for the phone to ring, the Santa Monica Farmer's Market exists as a tranquil gem. As the waves lap the empty beach only a block away, California farmers unpack their vans and trucks at Arizona and 2nd, piling tables high with fresh fruits, vegetables, nuts and flowers.

The vendors work quickly and methodically unloading an array of beautiful product that becomes the foundation for L.A chefs who embrace the concept of a market driven and seasonal menu. The relationship that a chef builds with a trusted vendor is not one that either party takes lightly. Chef Akasha Richmond, owner and executive chef of Akasha in Culver City, is well aware of that relationship and has used it to fuel her creativity by making fresh produce an integral element of her restaurant's success. LAist met the Chef in Santa Monica to walk the farmer’s market and discuss her extensive culinary career, her summer jamming plans and whether there will ever be a second Akasha.

LAist: What do you love about the farmers' market?
The thing I love about the market is you never know what’s going to come [that day]. I usually taste certain things. I always taste all the citrus. (Chef Richmond picks up and tastes a peach) Oh wow this is exciting! I make jam, chutney and jelly… and this summer I am planning on a doing a lot more of that.

How did you begin making jam?
I have a friend named Kevin West who has a blog about home canning and he is a passionate jammer. So he came over and we made jam all day and I really fell in love with the process. So last winter I sold five hundred jars of jam and chutney. This summer I’m going to order a thousand jars and I’m going to go really into it. I want to stock up for the whole year.

What flavors will you make and how will you sell them?
Some crazy wild things hopefully! I do a great mango chutney with local mangoes. We do a tomato chutney [at Akasha]. I’d like to do something like an apricot with black cardamom maybe. We are going to build an online store on the Akasha website and start selling them.

Your menu is extremely market-driven. How often does your menu change, and what influences the change beyond seasonal produce?
Every week. Right now I’m seeing apricots and peaches and they are going to go on the desserts this week. For me it’s more about the vegetables. I change the proteins too. You get tired…you know sometimes the cooks get tired of making the same thing over and over. There are few things that stay that we don’t change but I don’t blame them for getting bored. It makes it more fun when we change things.

What is your role at Akasha in the kitchen during a typical lunch or dinner service?
I cook in the kitchen during the day. Sometimes I make the soups or I’ll create new recipes. I’ll do the specials. Sometimes I’ll fix recipes if I don’t like the way they are working. I do all the catering…so for that I’m doing al the cooking “on the line” but catering isn’t really on the line it’s more like just you are in the kitchen. But sometimes you need to do something new. I can’t just make the same thing over and over. So this jamming project is really exciting. And pickle making too. This summer I’m going into it big.

Catering has been hit hard by the economic downturn. Can you speak about the current state of your catering business? Is it picking back up?
We’re busy but the budgets are really bad. You have to understand in LA the big corporations sponsoring the parties are no longer doing that which has hurt budgets. If someone wants to order a huge amount of sandwiches that is great for your bottom line but it’s not as exciting as doing a big beautiful sit down dinner.

How did Akasha come to be and what was the evolution of you ending up in Culver City?
I always wanted a restaurant but kind of gave up when my daughter was born because catering was just much more flexible for me. So a friend made a joke and said, “we should open a restaurant.” We were half serious and we met with someone who finds locations and 2 weeks later they found that location [where Akasha is currently located]. In a very cosmic way, I felt like it was meant to be. It wasn’t like “oh it was meant to be! And it fell into my lap.” I still had to work really hard to make it happen.

So what drew you to Culver City?
I used to only go to Culver City to eat Indian food and go to Surfas. I didn’t live in Culver at the time. I knew Ben [Chef Ben Ford of Ford’s Filling Station] had gone down there. And my husband and I ended up moving to Culver City and we really love it. It’s just a really nice mellow community.

Have you ever thought of opening up a restaurant anywhere else in L.A.? And if yes, where?
My husband brought that up the other day about opening another restaurant and I told him I don’t even want to talk about. I don’t know why but I just don’t. But if I did, probably Santa Monica, because the thought of driving into Hollywood every day makes me ill. I could drive to Santa Monica every day. That drive I could deal.

Besides jamming, what other new items might we see coming out of Akasha?
I’m actually working on a lot of gluten free baked goods. There is a certain way to do it where you can make a great chocolate chip cookie and ginger snap or a brownie and you would never know. I don’t like the gluten free things where you can tell the way it tastes different.

How do you feel about the camaraderie of L.A. chefs? Is it a collaborative environment? Can you touch on working with other chefs, like Ludo Lefebvre?
I love Ludo! Ludo is so much fun. He is great to collaborate with. He’s really relaxed. I felt like I learned a lot being around him. He really cares about his food. He’s creative and talented. I would do it with another chef. I’ve had cookbook author friends of mine do parties and book signings and that’s fun. I think LA has a good collaboration. Even on our block we want everyone to do well. In Culver City, when we are busy the whole block is busy. There are certain chefs that are competitive, but I’m not like that. I’m a little different than the other chefs because I started out as a private chef and a caterer so I wasn’t someone that was a line cook at Spago. When they were all doing that, I was cooking for Michael Jackson.

What was it like cooking for Michael Jackson, and how did that experience contribute to your cooking philosophy and style?
My perspective is completely different. And I was a vegetarian then. That’s why I am very into world cuisine because when I went with Michael I visited so many countries. So I love so many different kinds of food… Moroccan, Indian, Vietnamese, Thai.

At this point in her multifaceted culinary career, Chef Richmond is content operating her successful restaurant in Culver City, with no plan to expand. But characterizing Chef Richmond’s current state as a lack of ambition would be a complete misinterpretation. Just because she is not planning to create a multiple restaurant empire does not mean she isn’t eager to grow creatively as a chef. Her ability to confidently thrive outside the hyper competitive chef landscape and set her own goals, simply fits her personality and positions her as an important presence in the Los Angeles restaurant community. Chef Akasha Richmond, like all career chefs, is voraciously interested in food, but the path she chooses to pursue her food passions is uniquely and unequivocally her own.


Eli Sussman is one half of the Freshman in the Kitchen duo. LAist spoke with him in April 2009 about his own cooking adventures and philosophy.

Previously on LAist: From Market to Menu: An Interview With Chef Ben Ford; An Interview with Chef Neal Fraser