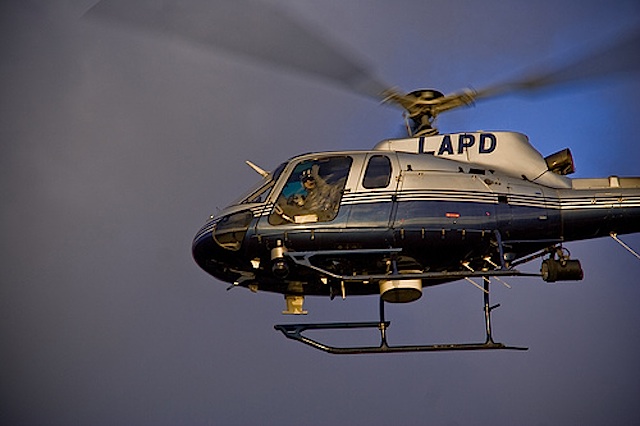 Photo by A.C.Thamer via LAist Featured Photos on Flickr

When the L.A. City Council boycotted Arizona a month ago — a move to protest the state's immigration law — a provision in it banned official travel to there unless not going would do more harm than going. Tomorrow, the Council will consider what appears to be the first request to gain authorization for travel to Arizona.

"Several months prior to this Council action, the Los Angeles Police Department (LAPD) registered four Air Support Division (ASD) sworn personnel to attend the annual Airborne Law Enforcement Association (ALEA) Conference. The ALEA holds its Conference at a different location every year. This year, the Conference is hosted by the United States Border Patrol and will be held in Tucson, Arizona," explained Councilmember Greig Smith, who authored a motion to gain permission for the trip.

Smith continues to say courses four LAPD officers will attend include Helicopter Patrol Tactics, High Rise Emergencies and Aircraft Positioning. The LAPD's website says they have the "largest municipal airborne law enforcement operation in the world" and that they boast "the nation’s largest rooftop heliport." Their fleet includes 19 helicopters.