In Defense of Abby Sunderland 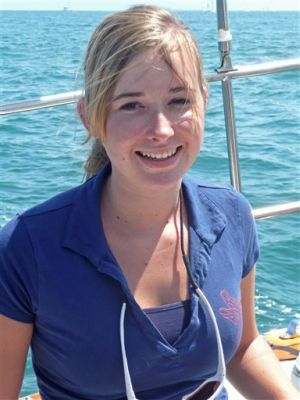 In this July 2009, photo provided by Laurence Sunderland, Abby is shown sailing in Santa Monica Bay, in Santa Monica, Calif. Abby sought to one-up older brother Zac when she set sail in November in a quest to become the youngest person to sail around the world alone.
Recently, Abby Sunderland endeavored to cross the world on a boat, her voyage cut short, she said, due to "one long wave, and one short mast." Shipwrecked 2,000 miles off the coast of Australia, the 16-year-old Sunderland was saved by a French fishing boat who snatched her out of the Indian Ocean, delivering the young explorer to safety.

Abby was reportedly in good condition, though presumably disappointed she came up short in her quest to equal what her brother did last year. She has every right to be. But for her efforts in pushing the envelope, in being a modern-day Magellan, Abby and her family was skewered in the blogosphere and elsewhere.

She was called irresponsible, her family was decried for letting a 16-year-old loose on the ocean and many complained of the resources spent to rescue a kid from her frivolous journey at sea.

I understand those critiques, but they are misguided and ultimately fail to take into account that Abby was simply carrying on human being's greatest tradition: exploration.

Humans explore. It's what we have always done and what we will always do. We left the cave to cross the Bering Strait and populate the Americas. We sailed around the world, not just to seek out a new and better place, but because it's in our DNA to search beyond the horizon. We looked up and outsmarted gravity to shuttle 252,000 miles above land. Not content, we continued to look for ways to go beyond our moon to a vast, untapped wilderness in space.

And when there was nothing left to find, we invented. We harnessed our adventurous spirit to give rise to things vital and useless. The Internet may prove to be the single greatest invention in the history of civilization, while the Flowbee's contribution to mankind is questionable. Both prove that while we do not and should not value each new thing, we constantly push to make our lives better, to make the world smaller and to explore the unknown.

We made cars go faster, cured diseases and bred titans of business that gave rise to an entrepreneurial spirit that spread from New York to Nigeria.

Of course, not everything humanity has done has benefited people. Man is capable of grave injustice and government has enslaved its people in the name of "progress." Hopefully, though, we learn, we grow, we adjust and we advance.

Even in failure, Abby advanced, having already achieved far more than most. But the critics have not been subtle. On this blog and others, casual observers took the family to task for a perceived lack of responsibility. The Sunderland's could have escaped scorn by simply doing nothing at all. Had Abby and brother led lives on par with many teenagers - playing video games, going to school, learning about drugs and alcohol - nobody would have raised an eyebrow in disgust.

You always risk losing your head when you stick your neck out, but her quest was more natural than an afternoon playing GTA, her failure more a success than an inconsequential day of school.

At 16 one may lack many of the freedoms given to adults. But, even as a youngen, Abby followed a long line of youthful explorers. Christopher Columbus first set sail when he was 10 years old and Magellan went on his inaugural journey at 25. Though these are different standards by which to judge, they show precedence for young sailors whose vigor and thirst for peering out over the horizon invigorated our imagination and enhanced our understanding of the world.

Some also faulted the Sunderland's for the cost of saving Abby. First, what company would not want the publicity that comes with saving an international star? Secondly, this critique fails to take into account our common humanity. When one falters, we pick them up. We may be Americans or French or Australian, but at heart we are all explorers whose shared passion for discovery is the greatest tie that binds.

Abby Sunderland's intentions may not have been original, but her will to circumnavigate the globe should be celebrated. I hope hundreds more read about her story and affix their sails to the wind in search of...something, anything. We owe it to ourselves to foster exploration and cultivate a thirst for travel. If humanity is defined by its progress, surely its residents are marked by their ingenuity. Thank you, Abby, for reminding us of that and please, for the betterment of us all, continue to explore.