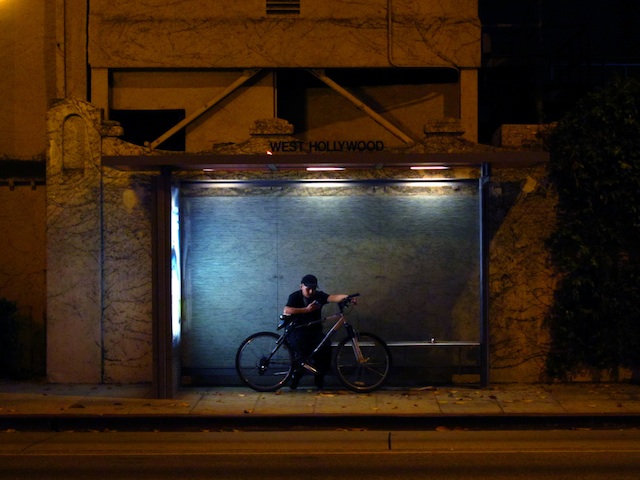 Photo by hyperbolation via LAist Featured Photos on Flickr

A controversial video that surfaced over the weekend showing a LAPD officer apparently trying to kick a bicyclist before police used force on the videographer has prompted cyclists to call for a large turnout at a monthly city meeting tonight. 53 people are already confirmed on Facebook to show up at the L.A. Bicycle Advisory Committee meeting in Hollywood. A group of cyclists from Bikeside LA were already planning to make a presention on their vision of the city's Backbone Bikeway Network, which happens to include Hollywood Boulevard where the video was shot.

"The Backbone is committed to connecting the community and it’s services to provide for and protect cyclist rights to the road," the Facebook event page states. "Education, as a component of the Backbone, is tasked to enhance the LAPD’s knowledge base and interaction with cyclists across the many communities within the City of Los Angeles."

Fueling the issue even more, an officer at LAPD's Hollywood Station apparently refused to take a report over the phone after Friday's incident. Advocate Stephen Box called the Watch Commander to report the alleged police abuse and was reportedly hung up on four times after the official wouldn't initiate an investigation, said Jeremy Grant on BikesideLA