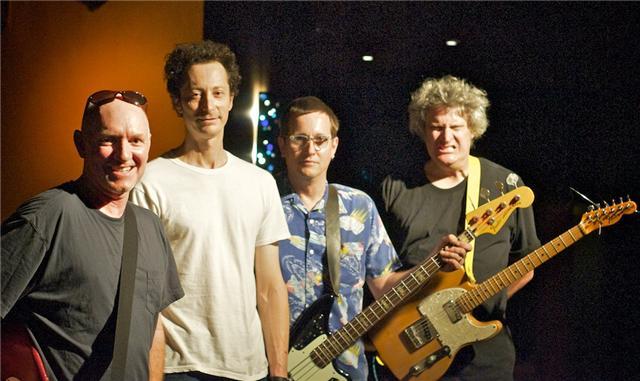 The biannual Punk Rock BBQ is revving up to rock your socks off once again. The theme for the summer lineup this year is instrumental bands with an alternative surf vibe. And I don't mean shitty bands like the Surf Punks. I mean Dick Dale with Link Ray and just a taste of Bali Hai. The Five, count 'em, five bands will be grooving their hearts out for you. Bands include Chum, Double Naught Spy Car, Glasgow Tiki Shakers, and straight outta Austin, 3 Balls of Fire.

The buzz this year is the second reunion of SST recording artists Lawndale who were early pioneers in punk-surf fusion. They were also one of the first punk bands to revel in kitsch, with Tiki shirts, 7-11 uniforms, songs about Don Knotts, and one last ode to the moribund Pup-n-Taco. Check out the video after the jump. for their version of "Take Five" with Led Zepellin overtones.

As always, there will be cheap beer and cheap specials like The Lowlife. Hot dogs are free, but you are welcome to bring along your own grillables. The BBQ runs from 2:30 until 7:30pm. The event slowly fades into the evening's regular entertainment, but we usually end the party across the street at Don Antonio's for enormous burritos.