Trying to Rid the Streets of Abandoned Shopping Carts [Updated] 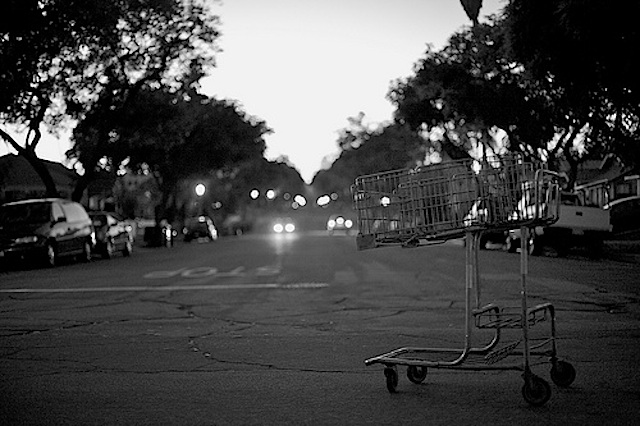 Photo by nathanielperales via LAist Featured Photos on Flickr

Abandoned shopping carts lining the streets are a neighborhood nuisance, but one the city has had trouble solving. That could change today when the L.A. City Council takes on a proposal to institute an ordinance that would have businesses control their shopping cart inventory by using technologies to stop them from leaving store grounds.

[Update: the motion was unanimously approved.]

The move comes after a six-month pilot program in 2007 that had city staff proactively cruise Council District 6 in the Valley to report and/or collect carts. In that time period, an overwhelming 6,880 carts were collected from 128 storeowners. To implement that program citywide would cost the city an estimated $9 million per year.

Today, the city council could direct the city attorney to draft an ordinance that would do something similar in regards to all new stores and major remodels. As for existing stores, today's vote would instruct departments to prepare a plan on the feasibility of implementing it citywide.