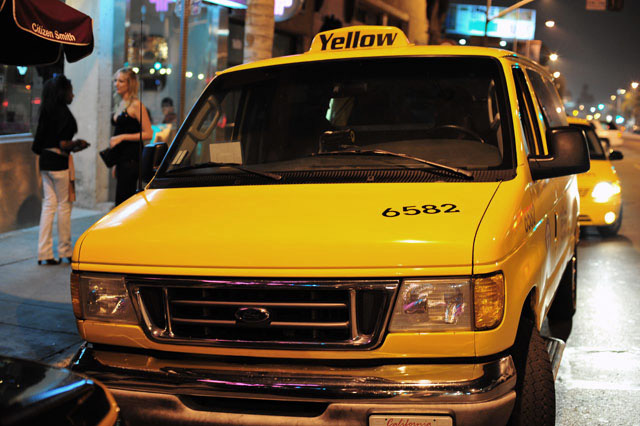 A pilot program loosening rules for where taxi cabs can pick up and drop off customers in downtown and Hollywood was extended today by the Los Angeles City Council. The program, first established in 2008, allows drivers to temporarily stop at “No Stopping” and “No Parking” zones and alongside parked vehicles to load and unload passengers.

But today City Councilmembers said it's time to make this a permanent rule, entering a motion asking the city attorney to draft a new ordinance for the two neighborhoods. “Since we adopted the Hail-A-Taxi program, there has been an increase in taxi use in our urban centers," said Jan Perry, who authored the program. "We hope to see this up-tick continue as we develop a permanent program in our two urban centers.”

During a discussion with city staff, a few councilmembers chimed in asking if their neighborhoods could be included in the program: Koreatown, the Wilshire Corridor, Venice. Councilman Tom LaBonge said he wanted to see neighborhood taxis for first and last mile trips to and from transit hubs. Perry then added "You really should just do it citywide... Let's just get it done." A different motion will be introduced in regards to making the hail-a-taxi program citywide.