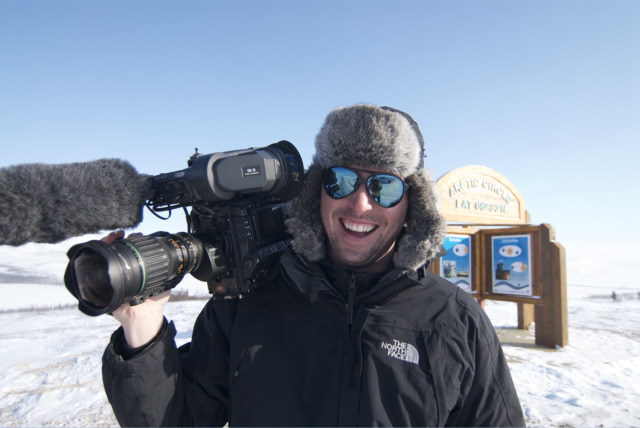 Today's subject is Donald Bland, who is anything but.

There's an old saying to the effect of "if you can herd sheep in the dark, you can get them to put on Shakespeare in the daylight." Bland is known for getting his shot every time, framing up very human moments in the most extreme of circumstances (the Arctic, the Great Plains, the Egyptian pyramids, etc). Tim Pastore, the Director of Development for Discovery Channel, called Bland's drive "insatiable." We caught up with the McQueen-esque Angeleno to find out what territory he will conquer next.

1) What is the scariest moment you've had during shooting?
I have had three close calls, but I am not dead yet. Accidents happen very fast, and sometimes they are expensive.

On the F/V Wizard a line connected to a 700 pound crab pot, headed for an 80 fathom plunge was wrapped around my leg. Crosby, a fisherman on the boat pushed me down, and unwrapped my ankle before the line dragged me to the rail, broke my leg and sent me to the bottom of the icy Bering Sea.

I also was filming in the Arctic when a Semi-truck hit the jib we were using almost killing three of us. We destroyed 100 thousand in gear, and drove 300 miles without a windshield. It was minus 40 degrees.

In Washington, a mentally unstable man I was working with tried to kill me with his vehicle. I dove in a ditch, he later apologized.

2) What are 3 things everyone needs to bring with them when shooting Deadliest Catch?
Waterproof notebook, sharp knife, iPod

3) How does the crab in LA compare with the crab on the Bering Strait? What are your favorite places to eat in LA?
Crab is delivered to seafood companies alive, it is instantly boiled, then frozen. If you can skip the frozen step, the crab is much better. So the best crab in the world, goes from sea, to pot, to mouth (or drawn butter). In my opinion the best seafood in LA is the Water Grill downtown Los Angeles. For steak I like BOA.

4) You've done Ice Road Truckers, Deadliest Catch, Tornado Road, Ax Men, and so on down the line. What are 2 additional environments that would work for one of these kinds of shows, and 2 that wouldn't? And why, of course.
I just finished shooting antiquities below the sands of Egypt and surfing on the north shore of Oahu. Both the desert and the ocean are environments I would love to explore more. I would not like to shoot in the Amazon River or a Coal mine. Both are very unpredictable. 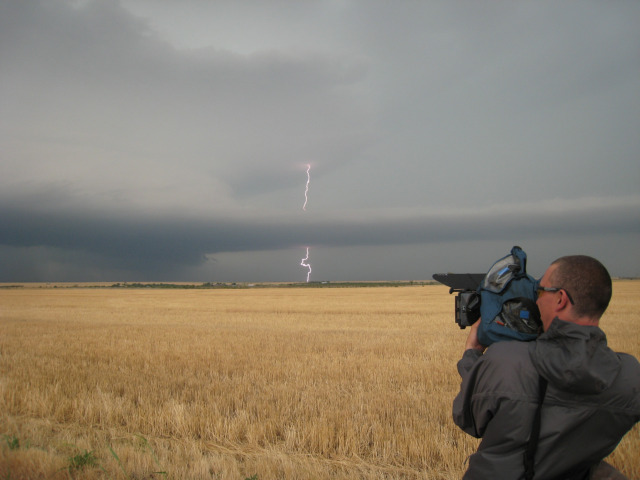 5) Doctors often don't watch doctor TV shows, lawyers often don't watch court-room dramas. What do and don't you watch, given your high-octane resume?
My favorite show will always be Deadliest Catch. It takes the viewer into a limited access world of nonfiction content and fatal concomitant. My DVR is a little lighter: Family Guy, nature shows, and science shows.

6) What's next? What is your dream project?
The next project is in Alaska, for Discovery. I just finished working on a film for Sony titled "Soul Surfer". My dream project is to own a network, slated with adventurous, educational, and positive programming for kids.

7) What celebrities do you think would do best out in the raucous elements? And who would play you?
I think Kevin Sorbo, William Shatner, and James Gandolfini, would fare well on the feral world of adventure television. However, many of the people I run across are wildcards, so Gary Busey, and Tom Sizemore might survive as well.

I would be played by Lee Van Cleef, think "The Good Bad and the Ugly"...