On the Mother Road: Preservation Group to Launch Study of Historic Route 66 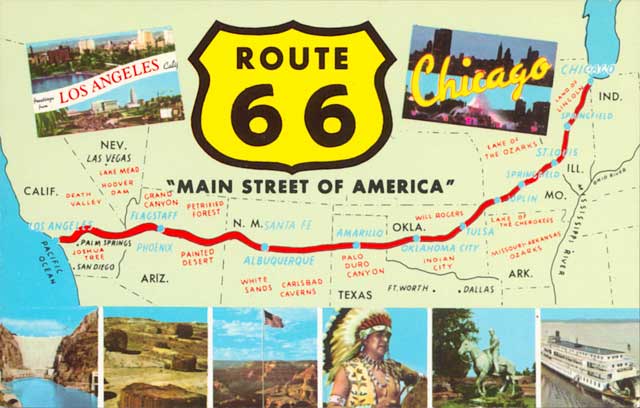 Route 66 was the stuff legends were made of. Immortalized in song and in writing, the highway on which so many got "their kicks" up until its de-certification in 1980 will now be the focus of an extensive study aimed at creating "the first definitive document on the storied highway's history," LA Now is reporting.

The California Preservation Foundation has named the engineering and architecture consulting firm Mead & Hunt as the company to helm the study. The project will be done in partnership with The National Park Service's Route 66 Corridor Preservation Program, and they plan to produce a document in early 2011, and pave the way for nominating properties along the route in California to be named to the National Register.

Some quick facts about Route 66: