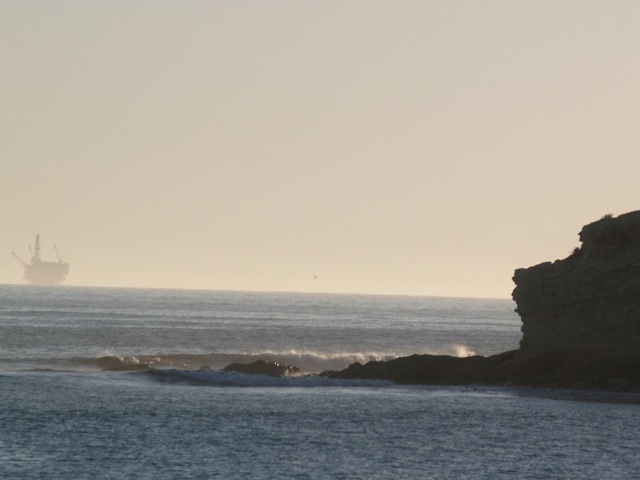 Off the coast of Santa Barbara | Photo by bossco via Flickr

The news last week was abuzz with how the massive oil spill in the Gulf would impact President Barack Obama's plans for offshore drilling. There's no final word from the White House on the issue yet, but Governor Arnold Schwarzenegger gave his today.

"I think that we all go through the endless amount of studies and research and everything, and before you make a decision like that, you are convinced that this will be safe," Schwarzenegger said today. "But then again, you know, you see that, you turn on television and see this enormous disaster and you say to yourself, why would we want to take that risk?"

Schwarzenegger wanted a new offshore drilling project off the coast of Santa Barbara to help the state's budget deficit. He even wanted to take the oil money and direct it to state parks, but now he'll have to pursue that amount of money elsewhere. In any case, the plan was vehemently opposed by many so today's news should be good locally, even if on the back of worse news off the Louisiana coast.