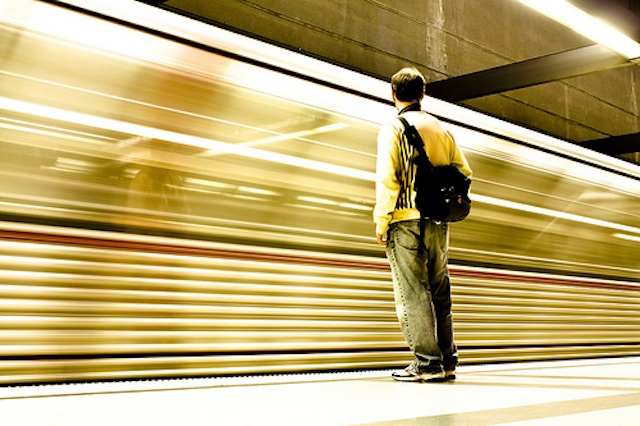 Photo by ajax8055 via LAist Featured Photos on Flickr

Mayor Antonio Villaraigosa has been going around selling his 30/10 plan to everyone, even to President Barack Obama. The idea is to get a $30 to $40 billion loan from the federal government with a guarantee that Metro will pay it back with funds raised from Measure R, the 2008 voter-approved sales tax. The money would build 12 transportation projects slated to be completed within 30 years in 10 years instead. The idea is a first-of-a-kind and is garnering a coalition of support.

But not all people are happy with it and the Metro board tomorrow will vote to support the plan or not, which will be a key endorsement when the federal powers that be ever make their final decision.

“While 30/10 sounds great on paper, the plan is inherently flawed and neglects large regions of the County," County Supervisor Michael Antonovich said a statement this week. He represents the northern parts of the county, from Pasadena to Santa Clarita and into the Antelope Valley.

"When Measure R passed last November, it promised voters a healthy mix of transit and road projects," he continued. "But 30/10 neglects to include any highway projects. This circumvents the mobility promises made to the Gateway Cities, San Gabriel Valley, Antelope Valley, Santa Clarita Valley and the Glendale/Burbank subregion—which have most or all of their Measure R dollars allotted for highway projects."

And a Metro Board committee approved a motion to request highway projects be placed in the 30/10 mix, noted Damien Newtwon at Streetsblog LA. And the San Gabriel Valley Council of Governments want 30/10 money to go towards the I-710 Tunnel Project.

"While Thursday is going to be a real test for the Metro Board, it's a real testament to the power of Southern California's car culture that this is even an issue," said Newton.