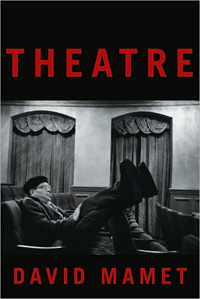 David Mamet's "Theatre"
It's going to be a great couple of months for book lovers in LA. In addition to the Festival of Books this weekend, it’s just been announced that David Mamet (Theatre, The Trials of Roderick Spode, Glengarry Glen Ross), Chuck Palahniuk (Tell-All, Fight Club, Choke) and Bret Easton Ellis (Imperial Bedrooms, American Psycho, Less Than Zero) will be taking the stage at Largo at the Coronet this May and June.

These won't be your average book readings—they'll include special guests, and a portion of the proceeds will benefit PEN Center USA projects such as PEN in the Classroom and Emerging Voices.

"This series at Largo is specially designed to bring more literary events to the theatre," said Rare Bird Lit founder Tyson Cornell, who is coordinating the event. "Largo owner Mark Flanagan and I have talked about this for a long time and now it's finally come to fruition!"

Following are the full details for each of the events:

David Mamet and Ricky Jay will discuss, among other things, both of Mamet's new books—Theatre and The Trials of Roderick Spode ("The Human Ant"). A Q&A will follow the discussion, and the event will end with a book signing in the lobby. A portion of the proceeds from this event will benefit PEN Center USA. 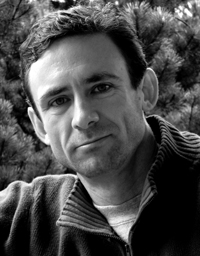 Chuck Palahniuk will be in conversation with Brad Listi for 30 minutes, followed by a performative reading of Tell-All (by Palahniuk) with props and prizes, as well as a Q&A.

All copies of Tell-All will be pre-signed. Beginning at 6:30 p.m. and immediately following the show, Palahniuk will also be personalizing additional books for the first 100 ticket buyers. Although these first 100 tickets have already sold out, event tickets (which include a pre-signed book) are still available, and additional pre-signed backlist books will be available at the event. 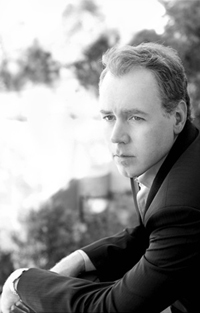 This event will have a unique format. Three opening acts (Jerry Stahl, Joseph Mattson and a comedian TBA) will be reading 5-8 minute performative excerpts from previous Bret Easton Ellis books. Then Ellis will read a section from Imperial Bedrooms followed by a discussion and Q&A. After the program, there will be a book signing in the courtyard. A portion of the proceeds from this event will benefit PEN Center USA.

More Info
Will call tickets are available via the links above, and all three programs will take place at Largo at the Coronet (366 N. La Cienega Blvd.)

To learn more about these and other local literary events, visit RareBirdLit.com.