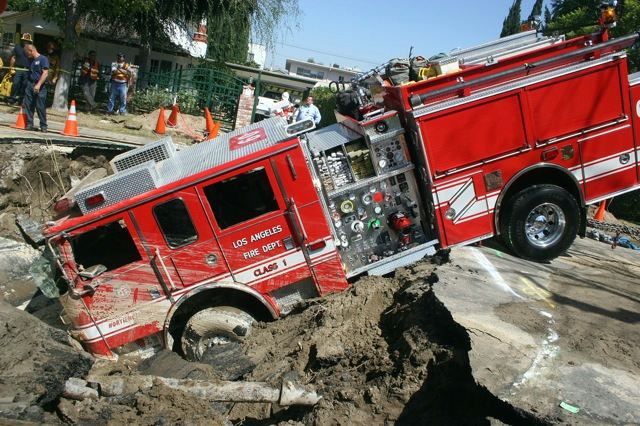 A couple hours after the L.A. Department of Water & Power announced record-breaking low water use by residents, thanks to conservation efforts, a council committee heard a report about why a series of water main breaks may of occurred last fall. And the reason? Water conservation, according to the report. Specifically, the pressure created by drops on days when watering was verboten.

“The bottom line is, you want to create a more even usage of water pressure so you don’t have a sudden drop of water pressure at a given time of the day,” said Jean-Pierre Bardet, a USC engineering professor who headed an independent team of investigators, according to the LA Times.

During the meeting Tuesday afternoon, one conclusion to help the situation is minimize the stresses on the water system. Basically, whatever creates the most even use of water will cause less damage to the system.