What's Next for The Hump's Location? Possibly a Vegan Restaurant 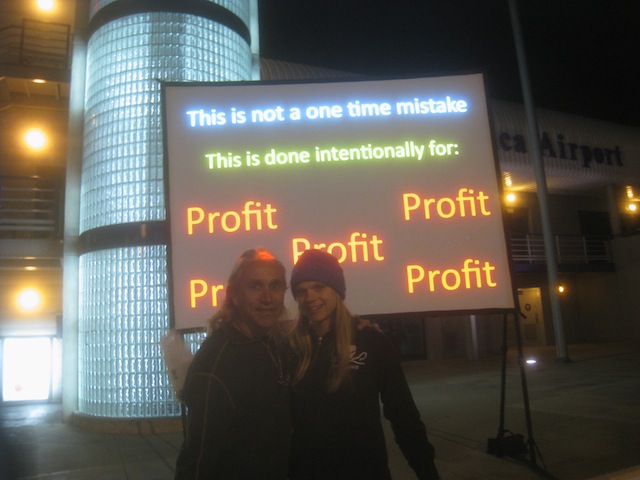 Ady Gil, left, and Sea Shepherd volunteer and vegan Vanessa Meier protesting outside The Hump and Typhoon in March | Photo by Zach Behrens/LAist

Now that The Hump, the sushi joint that was caught serving illegal whale meat, has closed, the municipally owned space is empty and possibly up for a new tenant. And who's in line vying for it? Ady Gil, the millionaire owner of American Hi-Def and animal rights activist and philanthropist who most recently donated a boat to the Sea Shepherds (the boat was soon damaged when a Japanese whaler boat crashed into it).

Gil told LAist that his lawyer contacted the city of Santa Monica about possibly leasing the space, which is located at the city's airport, last Friday. If successful, he said he would open a vegan restaurant. And one floor below would be Typhoon, the sushi joint owned by the owners of The Hump.