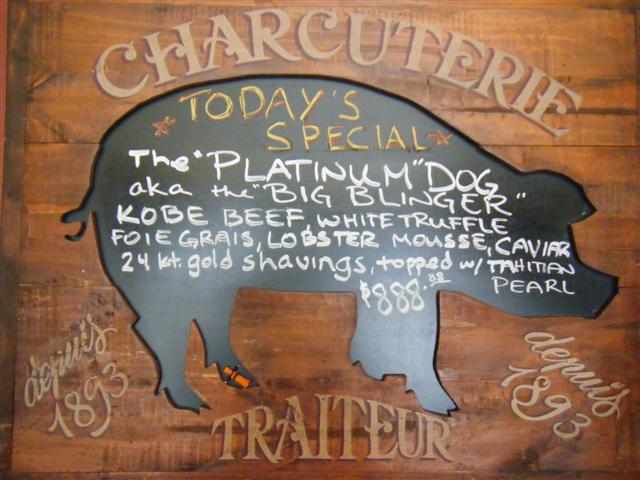 Slaw Dogs in Pasadena runs a daily special including items like kumquat chutney, jalapeno bacon and Parmesan crisps. To honor famous indulgences like the million dollar sundae in New York, today they offered "The Platinum Dog" also known as "The Big Blinger" for $888.88, a mere pittance when you consider the ingredients:

Donald Trump even had a dozen of the special dogs flown to New York City. Paris Hilton was spotted scarfing one down, even though she famously told Kathy Griffin, "My mother told me only ugly girls have to do that." Don't chip your teeth on the pearls. They are meant to be swallowed whole. And have a happy April Fool's Day!