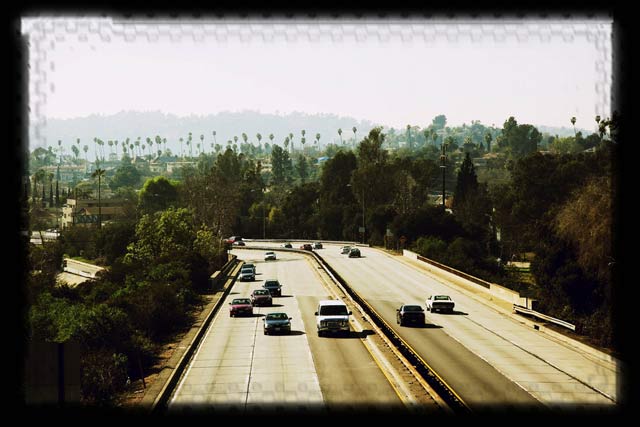 They called it the Arroyo Seco Parkway because of its meandering curves ideal for driving at the more moderate speeds of the era, and taking in the verdant landscaping and communities through which it passed. But that was 1940, and now the 110 is known as the Pasadena Freeway, with dangerous turns and narrow lanes connecting Downtown to northern neighborhoods.

Work that began in October by Caltrans on the historic roadway is part of a $17 million safety improvement project, which has angered members of the Highland Park Heritage Trust, who have demanded the work be stopped. The Eastsider L.A. explains the group's rationale:

[T]he roadway's historic significance is being diminished by the current construction project, say preservationists [...] They note that the design of the new side barrier fail to blend in with other historic elements, and that the new "historic lights" Caltrans plans to install do not resemble the original fixtures.

The Trust argues that the removal of historic fabric will indeed 'cause direct physical effects to character defining features' and will NOT maintain the Parkway's essential character defining features," according to a letter sent to the California Office of Historic Preservation. The goal of the letter is to ask for immediate "intervention by the State Office of Historic Preservation to request that Caltrans halt the construction project and give some time for an investigation of these issues."