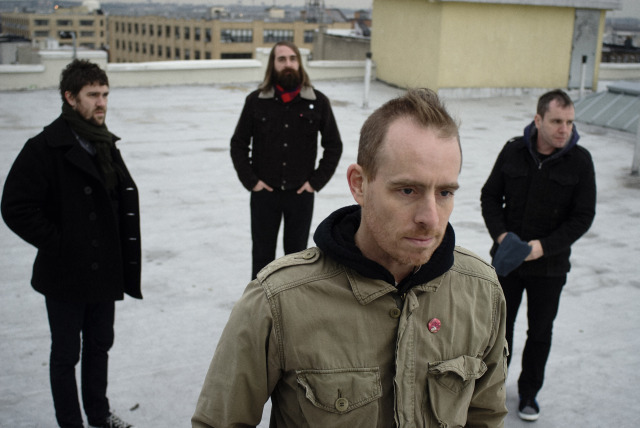 Ted Leo and The Pharmacists I Photo by Shawn Brackbill

Ted Leo and The Pharmacists are punks for the thinking man. Drawing inspiration from politics, social change, and even Irish folktales, these guys from D.C. have been writing thoughtful and engaging punk rock music for a little over a decade now, drawing fans from indie kids to their NPR listening parents. And they have no intention of slowing down.

Last year was a rough one for the guys. Their label dissolved and the album that they were working on was scrapped. Undeterred they set about writing new material and self produced a new album in Brooklyn which was released a couple weeks ago on Matador Records. We caught up with Leo a few weeks ago to talk about these crazy transitions, the health of punk music, and Malibu rum. Here is some of what was said.

Ted Leo and The Pharmacists- Even Heroes Have To Die

How old were you when you first picked up an instrument?
I formally took pianos lessons when I was ten, but I never took any music lessons after that. I didn't get a guitar until I graduated from high school.

Why not?
Well, I was singing in bands before I got a guitar, but before that for a long time I was content just go to shows and be a part of music as a fan. I've never had a crazy drive to be on stage and write songs. I was just happy to be part of the scene. But then I guess when the time was right, I just started doing it. It was never a conscious decision to be a musician. In fact it's now something that I'm just now settling into. I've only recently started owning the fact that, "Yeah I am a musician...possibly for a living." It's strange. I started making music out of college and rather than go another career route, I just continued doing it.

After 20 years of playing music is this where you imagined you would be?
It was never really making a conscious decision, so I never really imagined anything twenty years ago. However, I'm happy that because of that we never played any of the games that goes on trying to be a musician and sustaining a career. It's very freeing in a weird way too. I've been liberated because it was nothing that I strove to be. It was always more like, I've got songs and I can just play them. Why change course if this seems to be working? Although I still try not to tell people that I'm a musician in social settings. 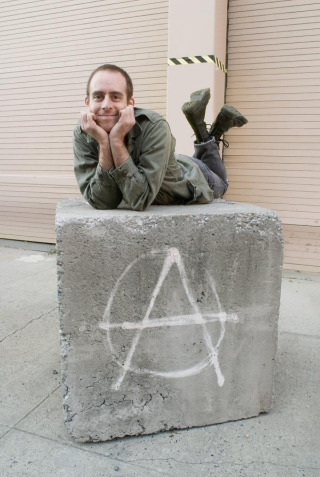 Ted Leo I Photo by Shawn Brackbill
Why not?
Because usually if the person isn't into punk or the underground scene, they usually give me this look and say "What label are you on? Should I know you? " And I'm like, "I don't know, man! You tell me." I get really sheepish about it.

How did you get together with Matador Records? Was there a wooing process?
(laughs) Yeah there was a wooing process. I had been having conversations with a bunch of labels, and it wasn't like anyone was trying to one up anybody else as far as offers and budgets and things, we just really liked the conversations with Matador. We liked their level of excitement. It's a bit of a bigger label then the other independent labels that we've been on, but it's got a great history. It's also really cool and interesting time to be on a label with Mission of Burma and Fucked Up.

I heard you had an album that you were working on at Touch and Go Records before it collapsed. What happened to it?
We scrapped the whole session. It just didn't really work. I've never really had this happen before. It was just bullshit. The vibe was wrong. Then Touch and Go fell apart, so we decided to do an album on our own. By the time summer rolled around we had more than enough songs to make a record and it felt good. It was just the right time. We wound up recording it sporadically, a week here and a week there, and by late July and August it was done.

What comes first the music or the lyrics?
Usually I would say the music. I rarely write a lyric that isn't kinda meant fit a piece of music I'm writing.

Is your group a democracy or a dictatorship?
It's a republic with a figurehead! I'm much more open then in the past to including other ideas into the writing. We don't really jam that often. It's more like, I bring ideas to the table and then we're able to finish more of them together as a band. Because we're so spread out geographically, deadlines been more efficient on this album. .

What inspired "Even Heroes Have to Die"?
It's one of the running themes within this record. It's a meditation on mortality and aging. Rather than looking back and looking forward, this album is about focusing on where you are in the present moment and not getting hung up on the past or the fear of the future. Everybody dies. It's going to end eventually, so it's important to remain open to the present.

Tell me about the bee on the cover.
I'm not really sure what it's about. It stems from the fact that I have a remarkably good rapport with bees. I don't know why. Sometimes I like to freak my bandmates out by letting them land on me and stuff. But looking a little further than that, I guess the idea is even in an urban environment you can find a pastoral place to stir yourself.

Do you still get nervous before an album goes out?
Not really. I don't read my own press. I mean I get around to it eventually, but when an album comes out the last thing you want is to be put in a box. If you're going to get on stage, you have to believe in what you're putting out there. It's weird. I don't get nervous about getting up and playing an actual show, but I do get nervous about weird press things or guest spots on comedy late night shows. I think it's because I didn't set the scene for the evening and don't know what's going to happen?

Was "BombRepeatBomb 1954" written about a specific incident?
It's specifically about the covert US bombing of Guatemala in 1954 that helped topple the socialist government there. It was first time historically speaking, when we began looking into the idea of war at a removed thing. It started in WWII when infantry stopped being the main form of the army and more and more of it was being done by air. There became more and more distance was between killing and those being killed. It also isolates a lot of individuals further from the ramifications of their actions. Have you noticed how they don't use the word soldier anymore in press conferences? They talk a lot about troops, but not soldiers. It's a linguistic trick. It turns individuals into a faceless mass. It's very scary.

How important do you think politics and social issues are in music? Or more specifically punk music?
I don't think whether they are or not is that important. I mean, certainly it's very important to me, but it doesn't have to be for everyone. Yes, I get frustrated sometimes when something seems desperately important to me and it might not be important to other people, but that's the way it goes. You can infuse music with anything. You can make it into anything want it to be. Punk is a constant back and forth between fashion and seriousness. There's a push and pull between New Found Glory and people singing about bombing the shit out of Iraq. It'll never get settled as point.

With so much material how do you decide what to play on tour?
Oh man, we try to be able to play every song that someone can yell out. We don't always succeed, but we try. We try and play the show that people are most psyched to hear. Usually we're going to play "Timorous Me" and "Me and Mia". Over the course of a tour, we usually start hitting on a order that feels really good. It's an athletic thing to us. We want to be like Black Flag. No stops.

What was the worst show you ever played?
It was a closed party for the Tribeca Film Festival. The band before us said we could borrow some of their gear, and then they left with their gear as soon as their set was over, so we were scrambling around to find gear. On top of that it was sponsored by Jameson's and Malibu, so there was free booze everywhere and they were running two extra hours behind so by the time we got on stage, all of my good decision making faculties were gone. Have you had Malibu? It's like drinking suntan lotion that goes in the reverse direction up your esophagus and coats your brain instead of your stomach. I've never been so drunk on stage in my entire life. It was a good reminder as to why I should never be. I was completely useless.

Did anyone notice?
I have no idea. No idea. All I remember is that we finished at three in the morning and by that point nobody was there. I could barely hold my guitar.

What is the weirdest thing you ever saw at a show?
It's weird when the crowd is seriously staring at you. They don't even look like a live audience anymore. They look like a photograph or oil painting. It doesn't happen often, but when it does it's really odd. Like I'll go to tune the guitar and there will be dead silence. Sometimes you get really freaked out. It's like, "Did The Rapture happen and I didn't see it?"

That will probably happen. The Rapture will happen and most of us will be tying our shoelaces or something and miss it.
I'm okay with that. Let all those fuckers get raptured. (laughs) I can skip it.

Do you organize by genre as well?
No, not yet. Well I mean aside from a couple things. Like I have a separate section for soundtracks and novelty records and Celtic folk, but mostly everything is all together.

Well thank you so much for talking with us.
Thank you.

Be sure to catch Ted Leo and The Pharmacists tonight at the Troubadour. Doors are at 8pm. Tickets are $16.