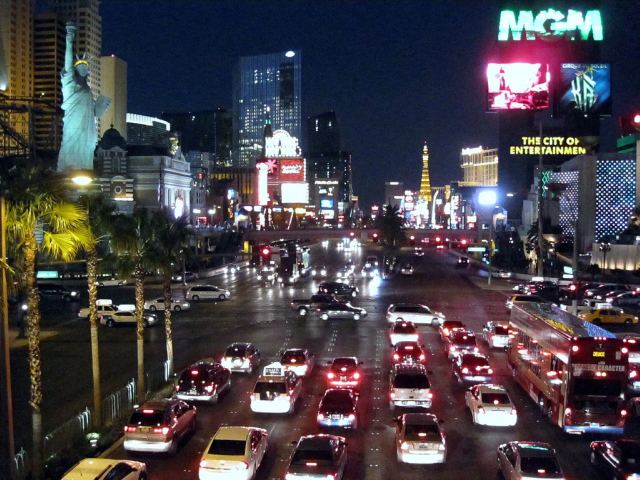 The first weekend of this year's NCAA basketball tournament has given fans more memories, big shots, superb storylines and incredible endings than the borefest that was the entire 2009 tournament. With all of the Northern Iowa and Saint Mary's love mixed in with the "don't you dare expand the tournament to 96 teams" commentary being tossed around it's easy to forget that there is one thing missing from all of these games — energetic crowds.

With games being played on neutral courts in large venues with only a percentage of the seats going to the students and alumni of each school, it's not uncommon to see rows of empty seats in the background of memorable moments like Murray State's buzzer beating shot that upset Vanderbilt in the first round.

Want to find a crowd full of people screaming their heads off watching Wake Forest's Ishmael Smith knock down a jumpshot with 1.9 seconds left to beat Texas? Maybe you'd like to point and laugh at the guys in gold and navy who are stunned to see their Notre Dame Fightin' Irish get knocked out just hours after a night of St. Patrick's Day debauchery.

There's one place where you can get all this and much much more. Best of all it's just a very short plane ride away. It's March Madness in Las Vegas. 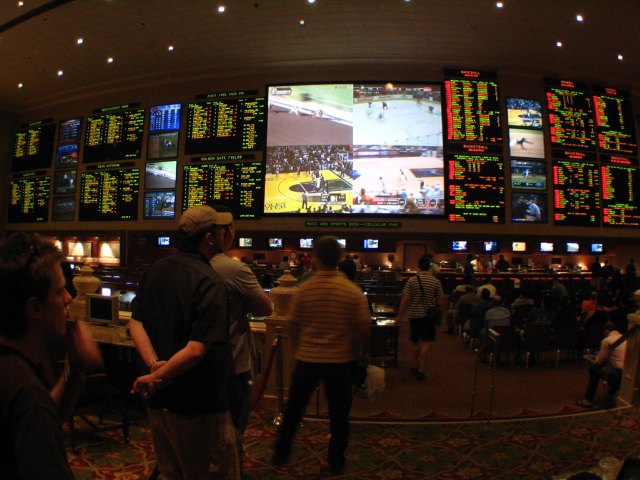 Sportsbook located inside the Mirage, not taken during March Madness weekend. It was a lot more full this past weekend. | Photo by ericskiff via flickr

That short flight over is actually where the partying begins. According to the off-duty flight attendant who was sitting next to me, the 9:40 flight on Southwest from LAX to Las Vegas is usually a lot of fun, fun for being on a plane that is. My flight Wednesday night was full to capacity with a wide-range of people eager to get their Vegas weekends started.

Several groups on the flight were making the trip to Sin City to watch and bet on basketball games from the comfort of their hotel's sportsbooks. With the tournament getting under way bright and early at 9am and lots of competition clamoring for a place to sit for the games, I overheard more than a few people on the flight say they were taking it easy on their first night in town in order to be awake for the tipoff of the tourney's first game.

By the time I had woken up and headed downstairs to the casino floor of my hotel, the MGM Grand, the games had just begun and the sportsbook was crammed with fans and guys who like to throw their hard earned cash on the performance of college kids. Fortunately the lines to place a bet were not long at all, as the MGM Grand was prepared for the onslaught of out-of-towners with several employees happy to take your parlay ticket.

They weren't the only people who were happy on this particular weekend. Every cab driver I spoke to was thrilled with the turnout for March Madness/Spring Break weekend, especially with how hard Las Vegas has been hit by this economy. One driver said, this might be the best weekend he's had in two years, while another cabby claimed that this first weekend of the tournament has become bigger than New Years and Super Bowl in Sin City.

Casinos and brands are very much aware of the magnitude of this March weekend. Since the term "March Madness" is trademarked property of the NCAA, you'll find several variations of the term around town, like "March Mayhem," or the less creative "Madness in March," or the even less creative "March Mad-ness." Guess the hyphen helps keep the lawyers away. 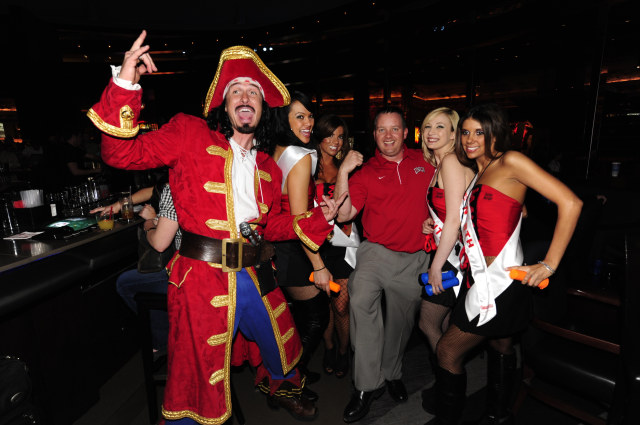 Captain Morgan and Morganettes pose with fan in sportsbook

Additionally, marketers throw together all kinds of promotions involving alcohol, women and brackets to grab the male audience's attention. Captain Morgan and Spike.com, for example, managed to throw all three into one with their "BracketMaster" promotion which involved voting for your favorite Morganette. Fortunately for all the fellas, these young ladies were available in the Mirage, MGM Grand and Mandalay Bay sportsbook to ease the agony of defeat.

Also available to ease the agony of defeat: Strip clubs. Since many of Las Vegas' gentlemen's clubs are open all the time; you can bask in the glory of your winning bet of Ohio over Georgetown with a lapdance or two, you can kiss your money invested in a Michigan State victory over New Mexico State by 13 points goodbye while a young lady with more makeup than Kiss performs a pole dance, if you want to ask a dancer named "Cherry" from Sacramento who you should include in your three team parlay or if you just want to have a seat to watch some games the strip club can definitely accommodate you. The same is not true for the sportsbooks around town.

Other options for your game viewing besides the crowded sportsbooks include the tables of the casino, although the TVs are muted so you won't get to hear the sound of Gus Johnson yelling for no reason, and the numerous bars on the strip. The cleverly named "The Pub" located inside the Monte Carlo served to be an excellent location to watch Thursday night's games; several HD television and a huge screen paired with a great menu made up for the annoying Kansas contingency who stayed and cheered for the entire first round game against Lehigh. In hindsight, this was their one shining moment, so I won't hold it against them.

None of the casinos I saw managed to take the basketball viewing to the pool, but maybe by next year someone will figure that out. The Mirage did offer an outdoor viewing party but they forgot to bring the pool. They've got until March 17th, 2011, the day of next year's first round games, to figure out how to do that. Either way, I'll be back next year and I recommend that you do the same.