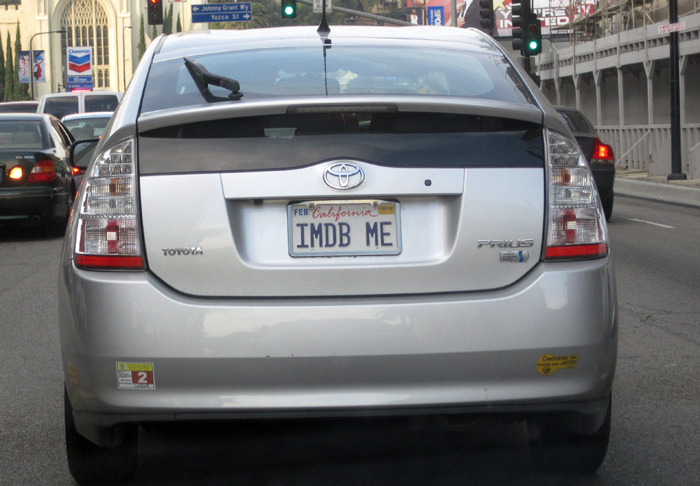 Photo by poloroid-girl via LAist Featured Photos on Flickr

You can't walk three steps down an aisle in any store without running into eco-friendly or "green" products. You probably have many of these products. Is your refrigerator or dishwasher Energy-star compliant? Do you have a paperless Kindle? Maybe bamboo guest towels in the bathroom? A Prius?

Why do you have all of these products? Is it because you care about the environment? It is? Really? Are you sure? It's okay if you say "no." I won't tell.

Vladas Griskevicius, assistant professor of marketing at the University of Minnesota's Carlson School of Management, and colleagues, think that something else might be going on. "People want to be seen as being altruistic. Nothing communicates that better than by buying green products that often cost more and are of lower quality but benefit the environment for everyone." In other words, green products are considered a status symbol; that they are environmentally friendly is an accidental side-effect.

In a series of experiments, the research team found that when given the choice between choosing two equally priced items, one of which was more luxurious (for example, an upscale 2009 Honda Civic with all of the available options) and one which was more environmentally friendly (for example, the base model of the 2009 Honda Civic Hybrid), if someone did not have an audience (such as shopping online), they were more likely to forgo environmentalism and opt for the luxury item. However, when asked to make decisions in front of an audience, people were significantly more likely to choose the green item.

So why don't more people ride the bus to work instead of driving? Because the motivation comes from status, not from environmentalism. People who choose to ride public transportation are often perceived as having lower social status than those who drive their own cars.

Griskevicius said, "When you publicly display your environmentally friendly nature, you send the signal that you care." And it is likely that manufacturers and retailers have noticed this trend. Perhaps that explains the price tag of the Prius which - all things considered - is inferior: a compact sedan with a small trunk, standard cloth seats, excellent gas mileage, and a sluggish engine.

The great philosopher Kermit the Frog once said, "It's not that easy being green." Maybe he was on to something.

Entrepreneurs, take note: if you want a piece of the "green" marketshare, develop products that must be used in public. In the privacy of their own homes, people still prefer luxury.