Library Hours Shortened, to be Closed on Sundays 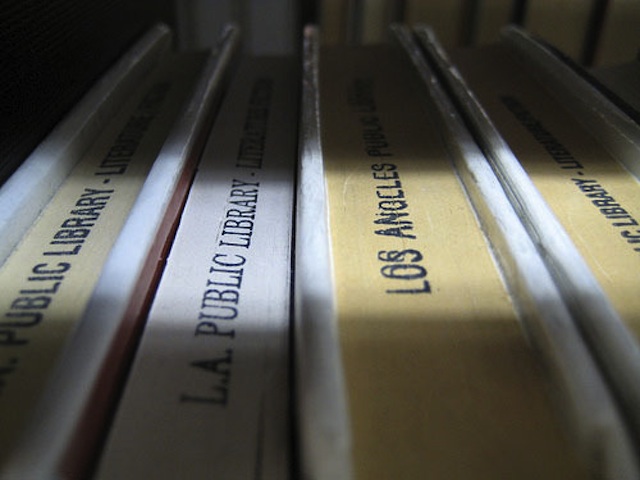 A recent study found L.A.'s literacy rank at 62 out of 75 cities | Photo by Matt McGrath Photography via the LAist Featured Photos pool on Flickr

At yesterday's City Council meeting, City Librarian Martin Gomez said that although the library is seeing an increase in visitors—17 million people last year—and circulation—18 million items—that the budget could no longer sustain the department's system of 74 libraries and 1132 positions. The library's budget, which is based on a percentage of the city's total budget, is currently $75 million, but it needs $134 million with current expenses.

To fill that gap, the Library Commission today voted to reduce weekday hours and close facilities on Sundays, according to the LA Times. If more budget problems occur, libraries may be closed an additional day, leaving them open only five days a week.

Citywide, libraries will be close two hours earlier at 6 p.m. on Mondays and Wednesdays. At the eight regional libraries around the city, opening hours will be pushed two hours to noon on Tuesdays and Thursdays.